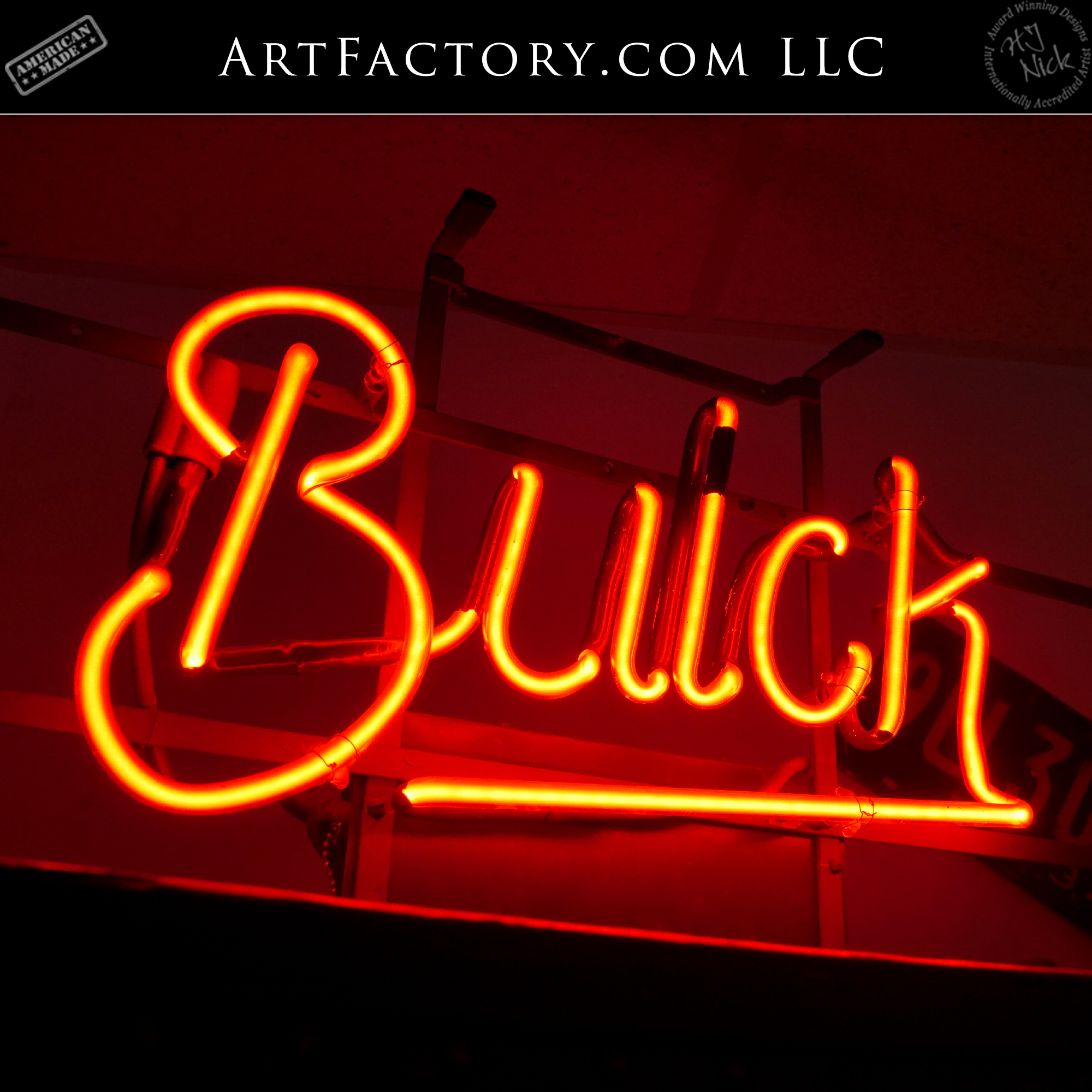 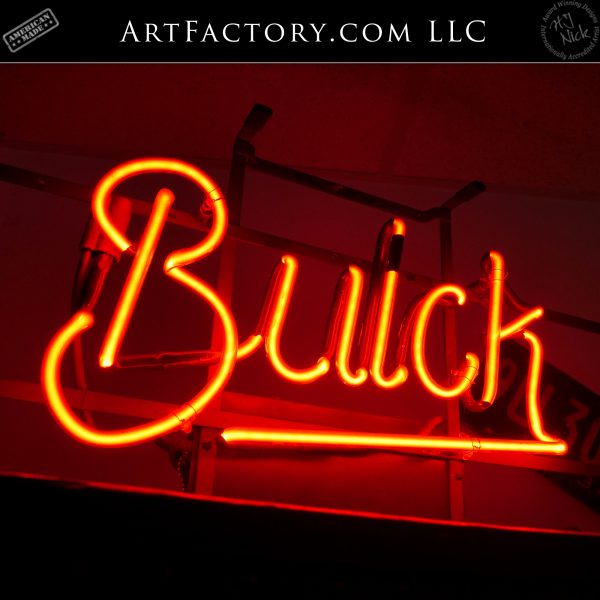 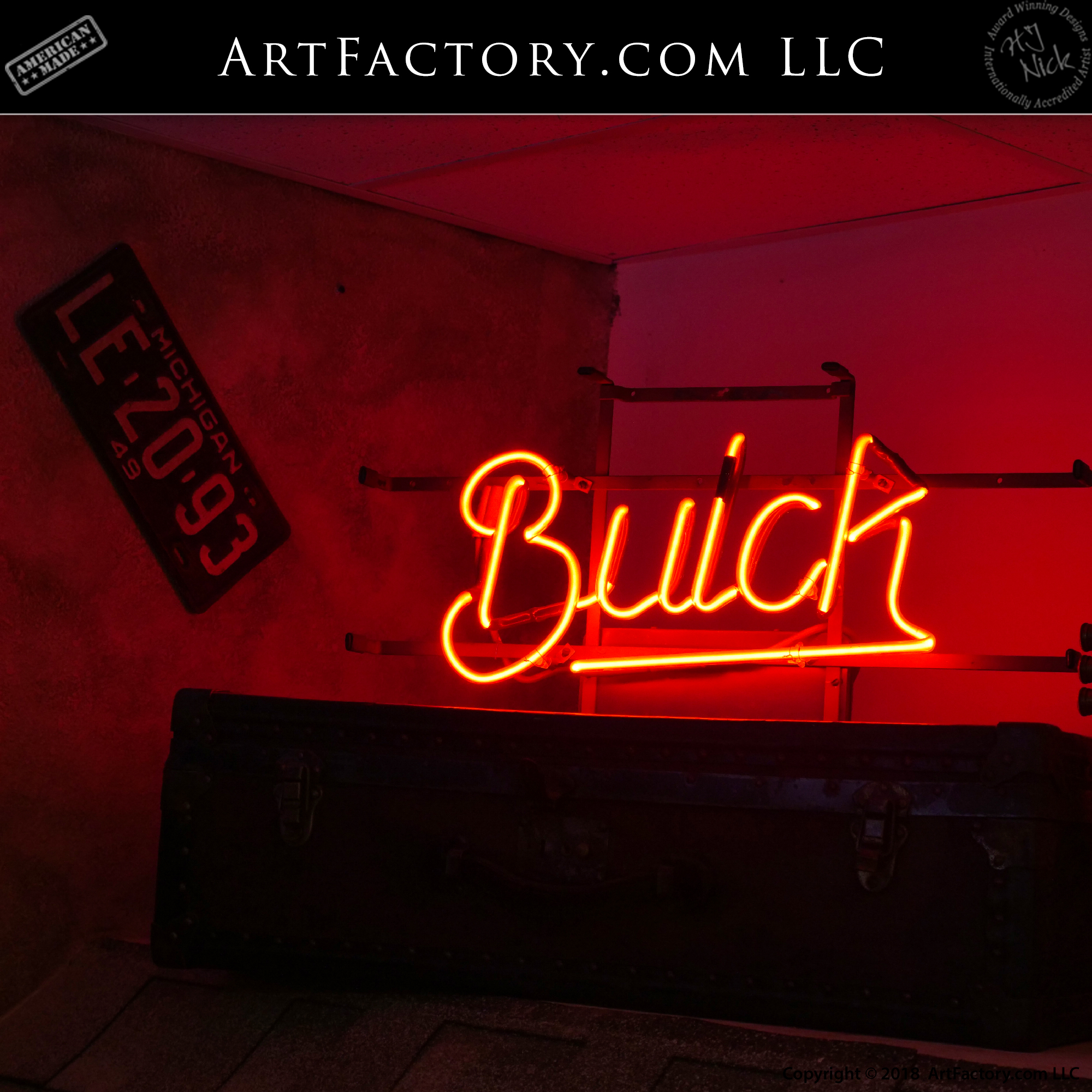 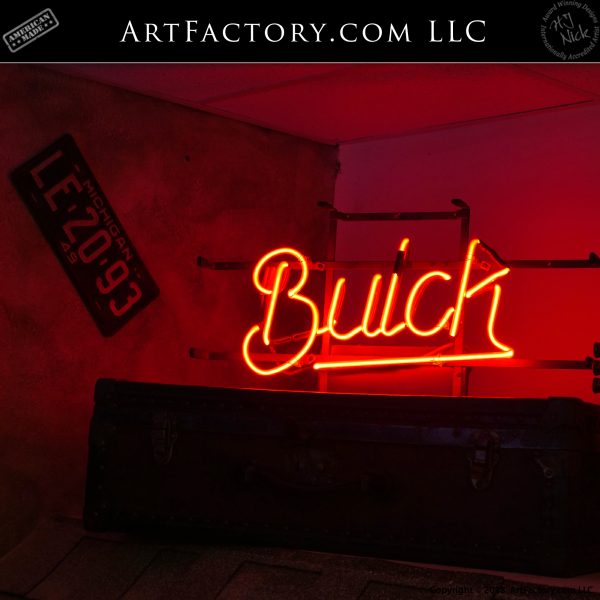 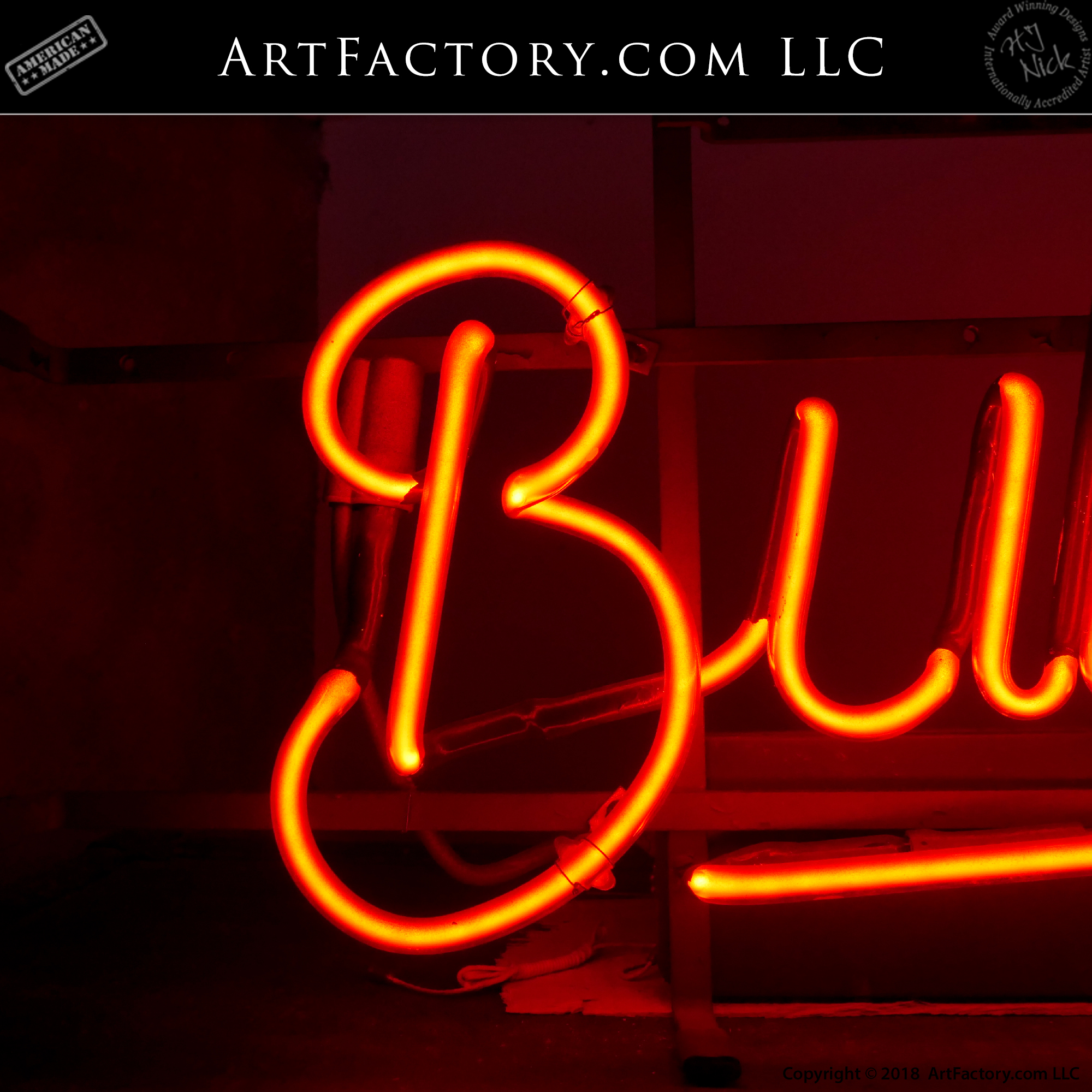 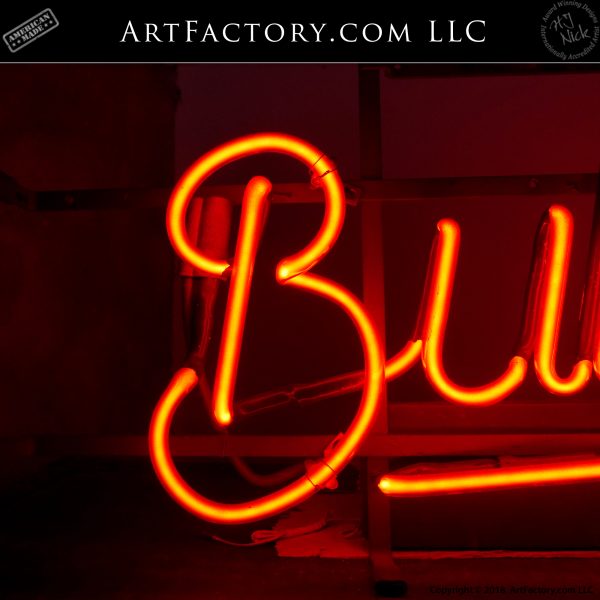 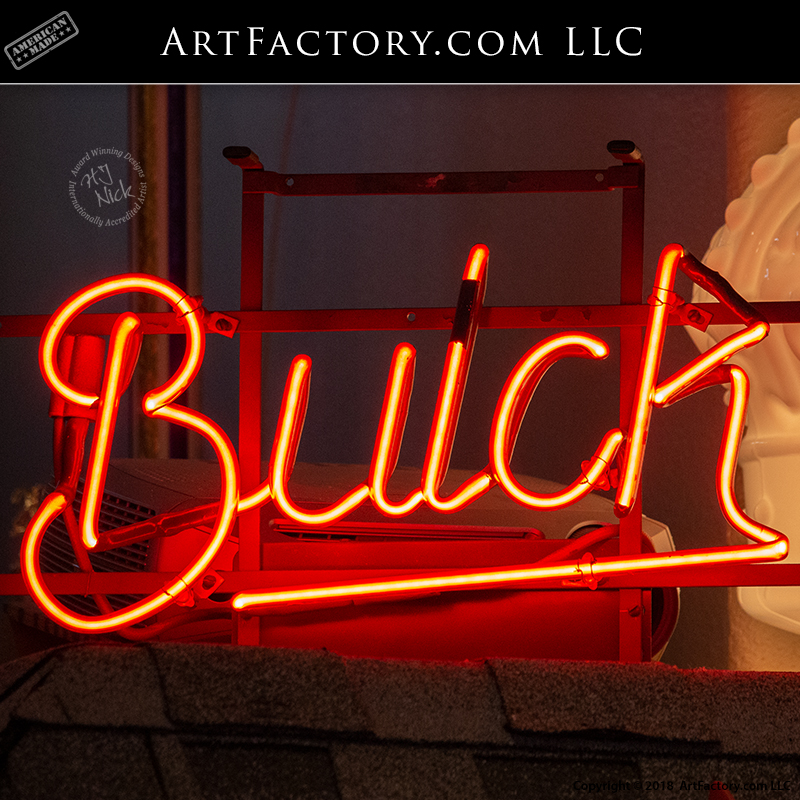 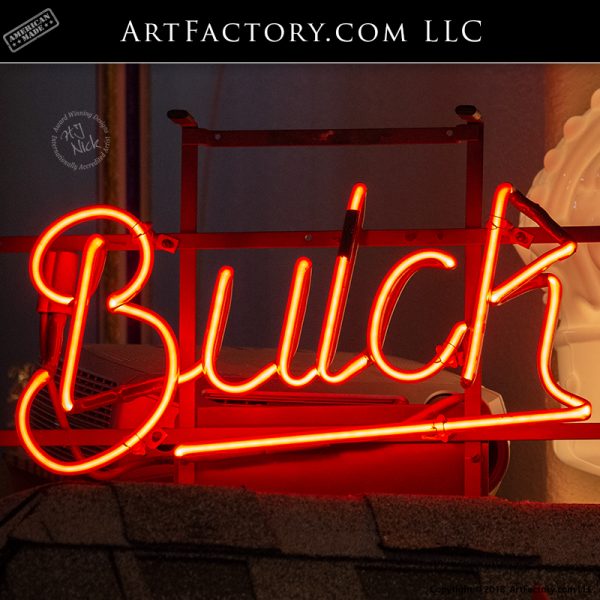 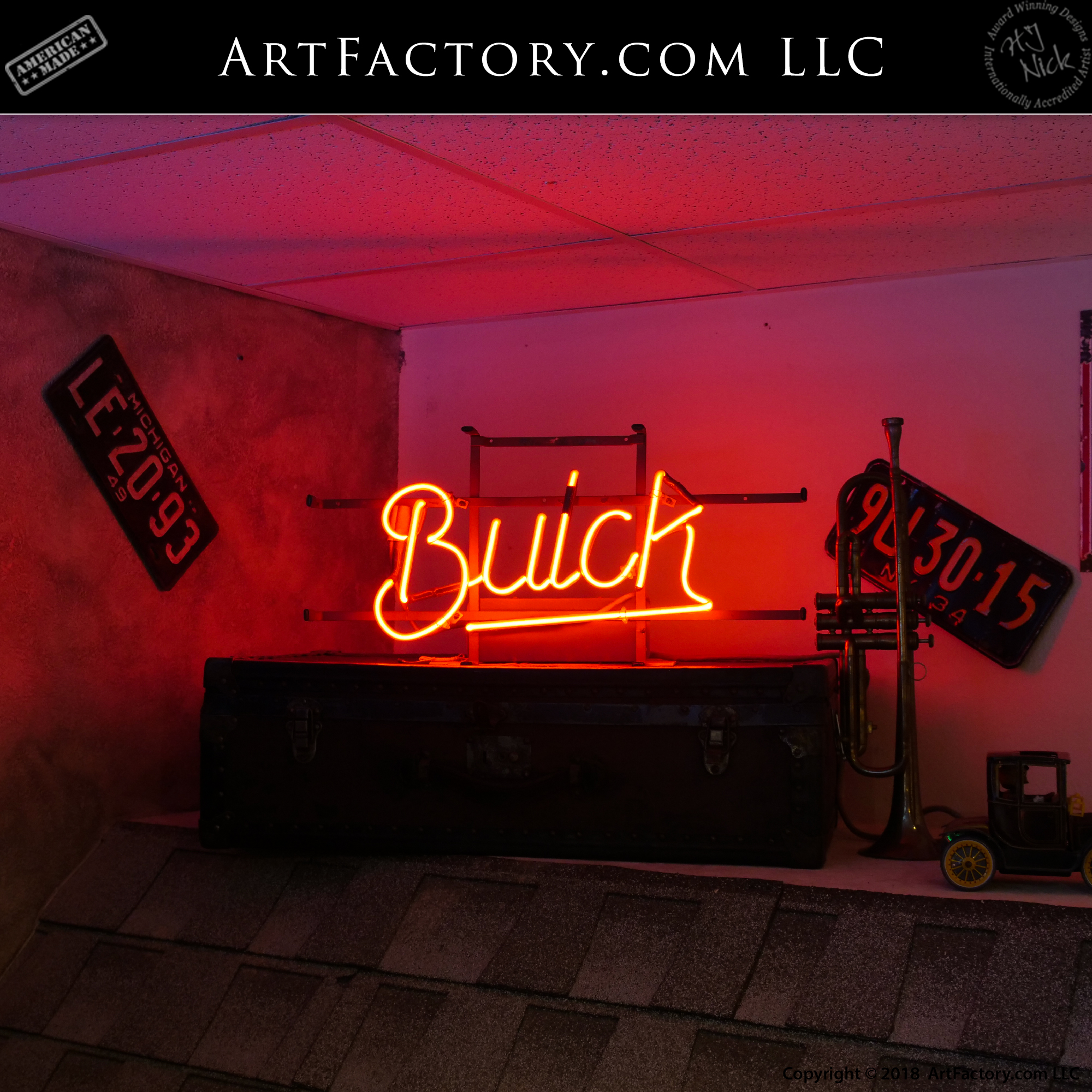 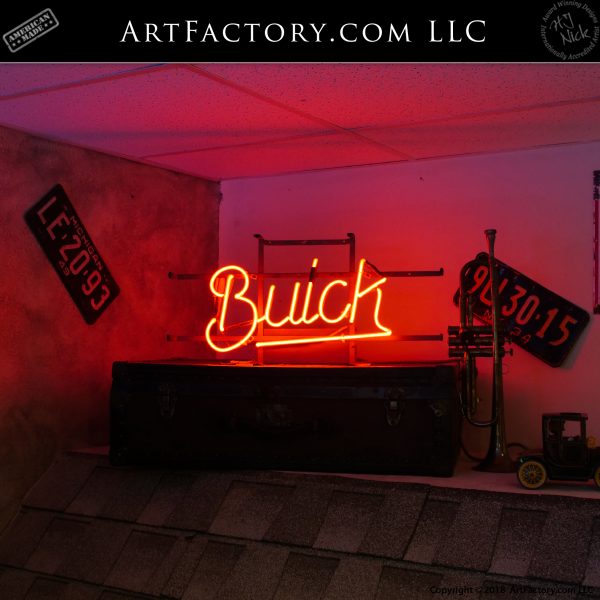 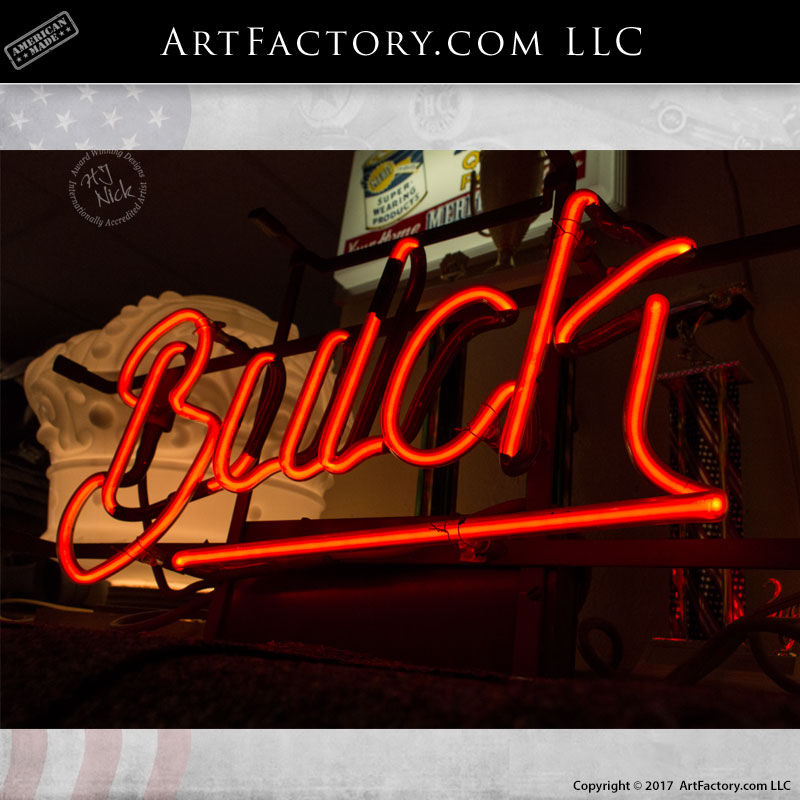 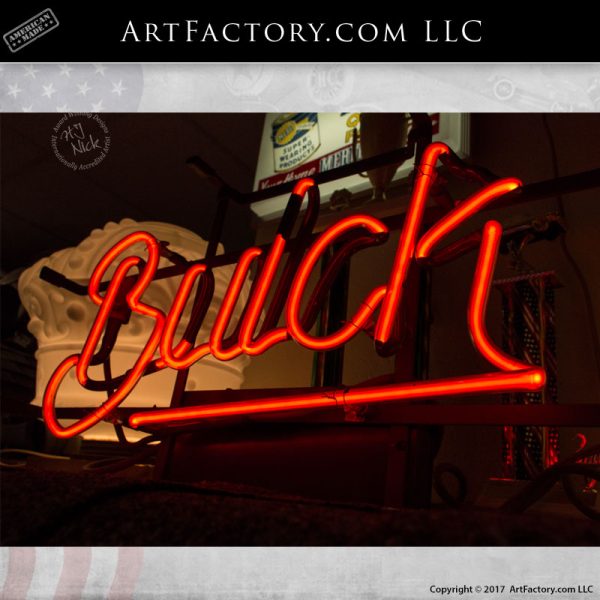 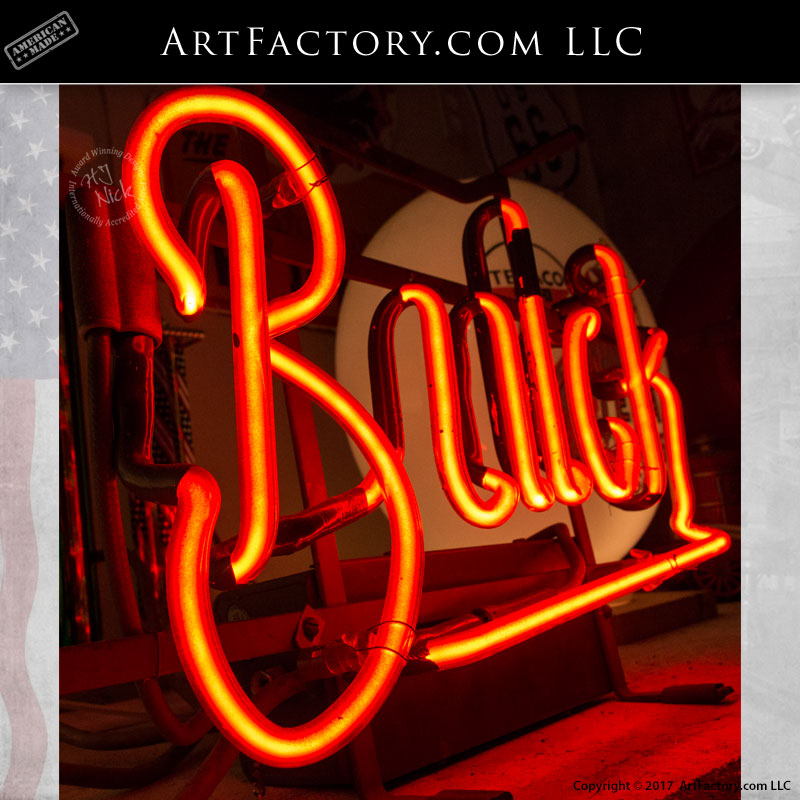 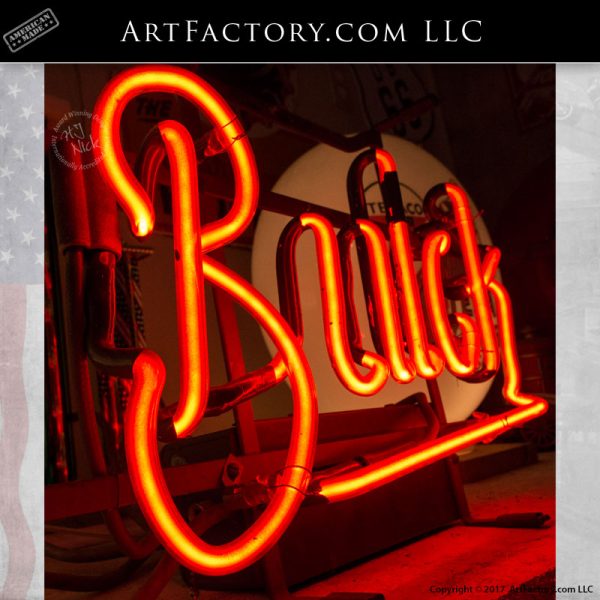 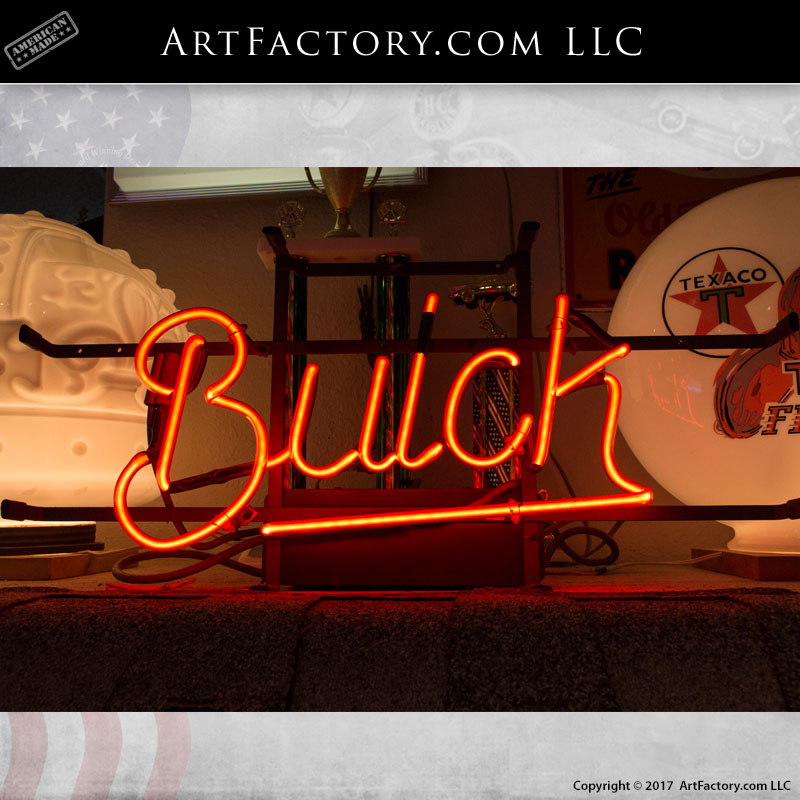 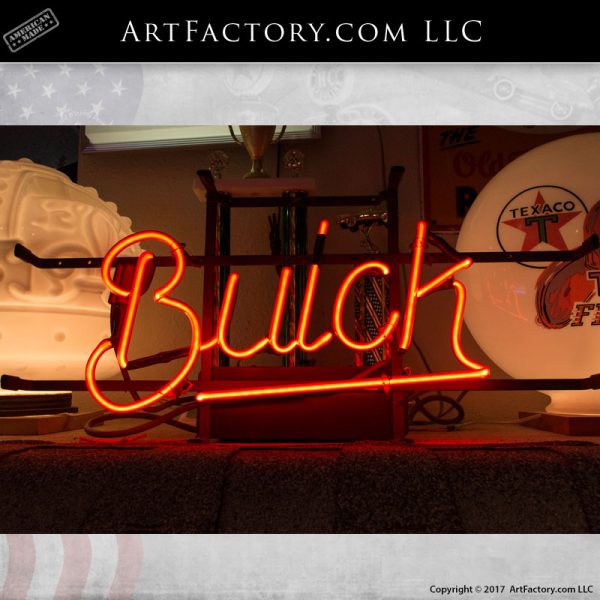 This 1940’s Era Buick Advertisement For, Is An Original, Dealership Sign With Fully Rebuilt Neon And ALL SOLID STATE TRANSFORMERS

At ArtFactory.com We Have One Of The Largest Selections Of Collectible Automobilia And Petroliana Signs For Sale Anywhere

This vintage Buick neon showroom sign is an original from the 1940's. It is a single sided, working neon sign, and is in remarkable condition for a sign of its age. These signs were used by Buick dealerships on their car lots, and are an example of iconic automobile signage from "The Golden Age" of American open road driving. The sign measures 26 inches wide by 12 inches tall. It sits on a 5 inch deep original iron rack stand display. The sign features the word "BUICK" in cursive writing, and lights up in red neon as pictured Like all of our collectible signs, it is sold in original, unrestored condition as pictured. We do not believe in restoring old signs because it is our belief that every ding, dent, and blemish is part of the story and history of the item. However, all neon, SOLID STATE TRANSFORMERS, wiring, mounts, and electrical parts have been fully rebuilt or replaced by our experts. The neon features a separate on/off toggle pull cord as pictured. It is perfect for display in any man cave, game room, or automotive business.

This vintage Buick neon showroom sign is original memorabilia from one of America's most iconic brands. We are a one stop shop when it comes to outfitting your man cave or game room. We can can outfit an entire gas station or automotive themed room for you, or help you find that one special item that has been missing from your collection. In addition to signs, we have vintage visible gas pumps, oil pumps, lubesters, and more that we have fully restored to working, museum quality condition. Our vintage automobilia restorations are the best in the business because nobody has been doing it longer, or pays as much attention to detail.

This rare vintage Buick neon showroom sign is the perfect conversation piece that will wow your friends and clients alike. Like all of our vintage collectible signs, it is guaranteed authentic, investment quality memorabilia. We specialize in those hard to find signs that serious collectors are looking for. All antique collectables offered are genuine memorabilia and appreciable assets, not fake reproductions. All items are fine collectable art at the highest world class collector level. Contact us today for pricing on this collectible vintage Buick neon showroom sign or any of our collectible Americana, antique signs, old gas pumps, and classic collectibles at 1-800-292-0008. 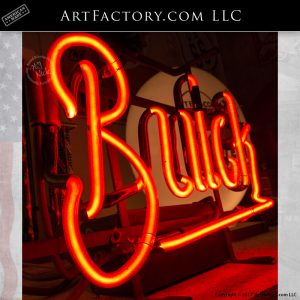 We are a one stop shop when it comes to outfitting your man cave or game room. We can can outfit an entire gas station or automotive themed room for you, or help you find that one special item that has been missing from your collection.

Buick (/ˈbjuːɪk/) is a division of the American automobile manufacturer General Motors (GM). Started by automotive pioneer David Dunbar Buick, it was among the first American marques of automobiles, and was the company that established General Motors in 1908. Before the establishment of General Motors, GM founder William C. Durant had served as Buick's general manager and major investor.

For much of its existence in the North American market, Buick has been marketed as a premium automobile brand, selling luxury vehicles positioned above GM's mainstream brands, while below the flagship luxury Cadillac division. Buick's current target demographic according to The Detroit News is "a successful executive with family."

After securing its market position in the late 1930s, when junior companion brand Marquette and Cadillac junior brand LaSalle were cancelled, Buick was recognized as an upscale luxury car with a conservative appearance, as opposed to more ostentatious Cadillac and technology-rich, forward-thinking Oldsmobile. During this same time period, many manufacturers were introducing V8 engines in their high-end models, while Buick used a straight-8 for all models starting in 1931.

Read More At: Buick On Wikipedia 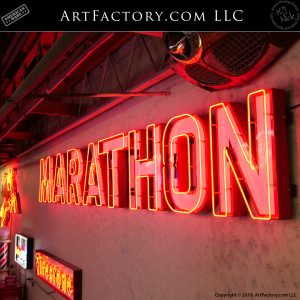 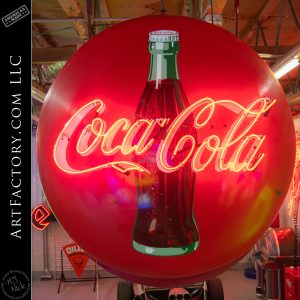 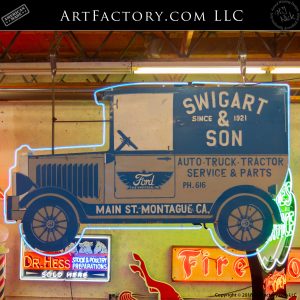 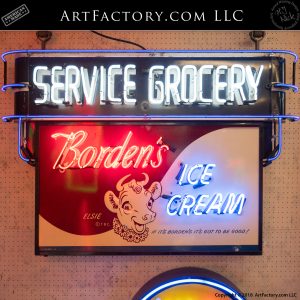 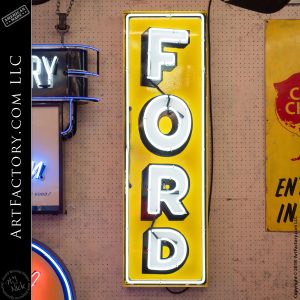 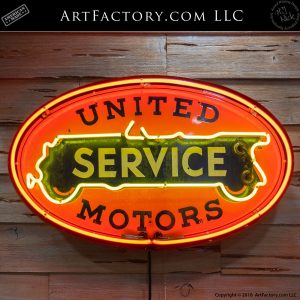 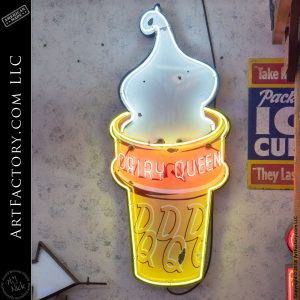 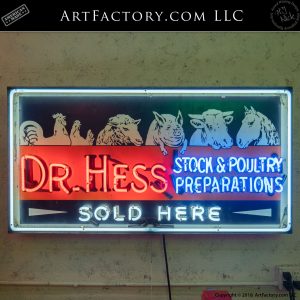 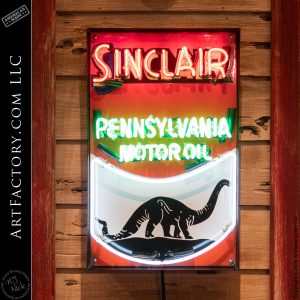