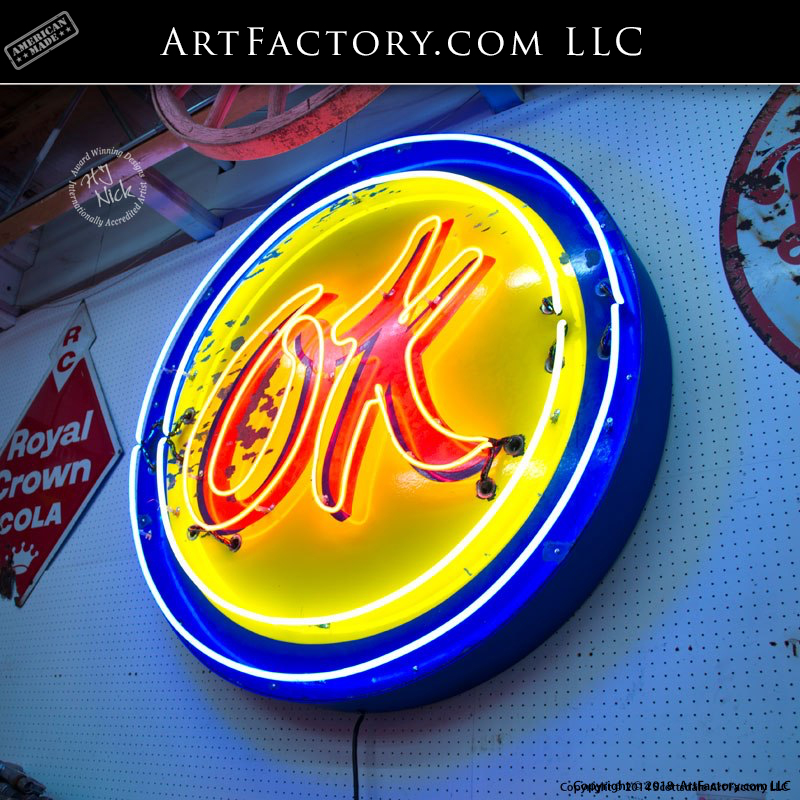 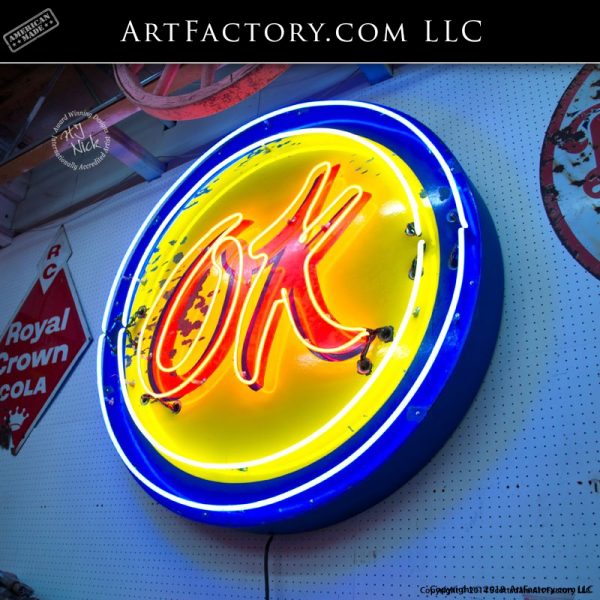 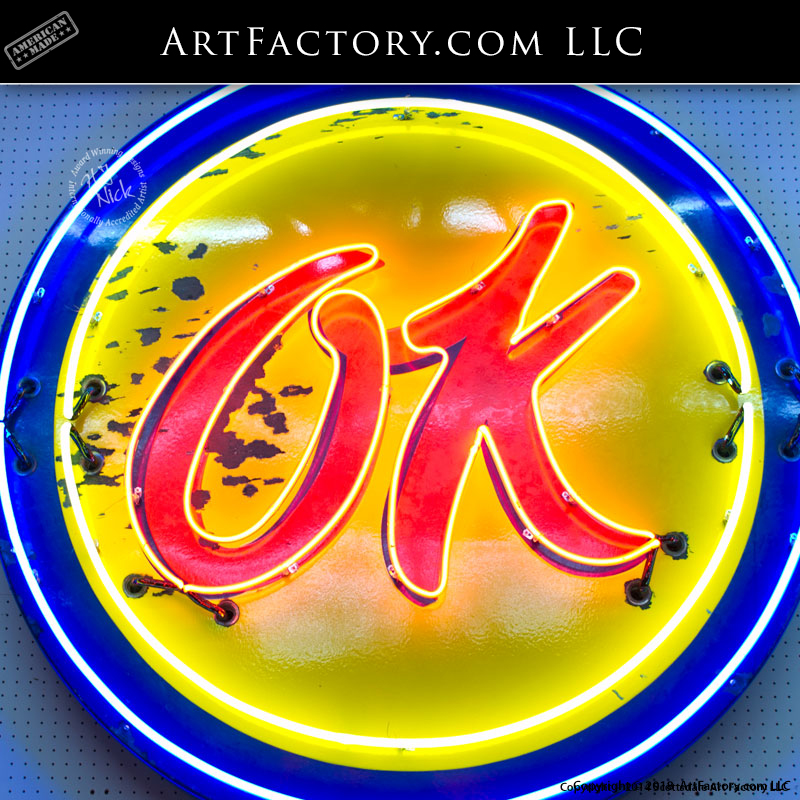 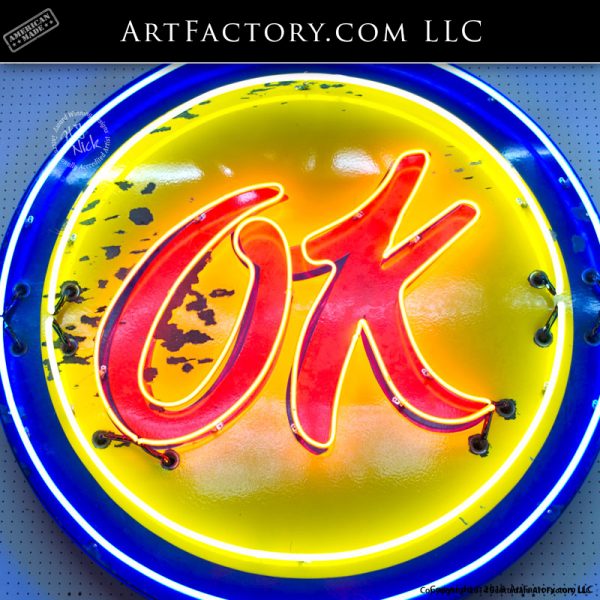 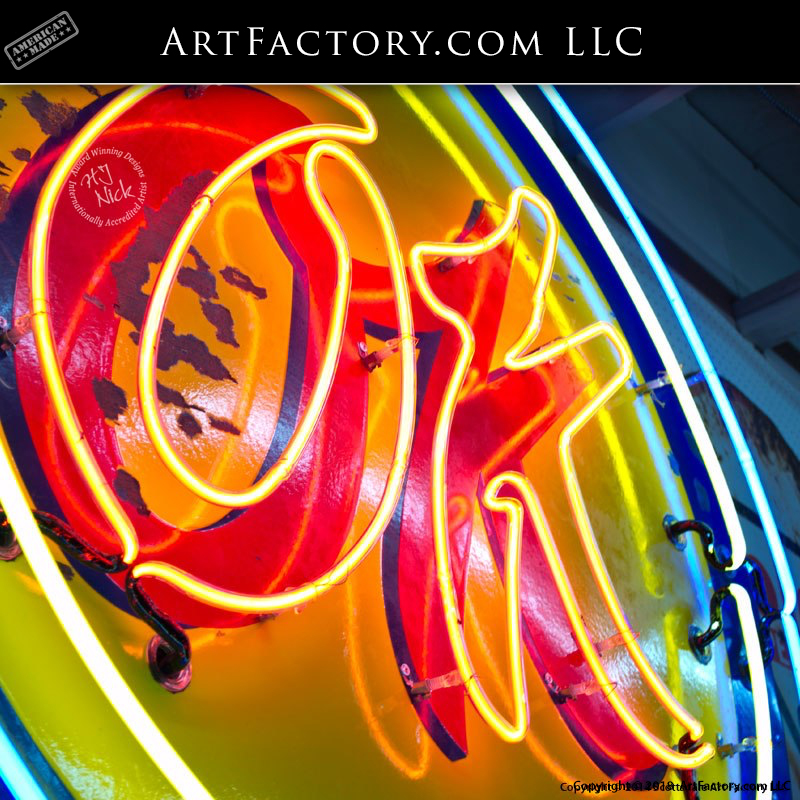 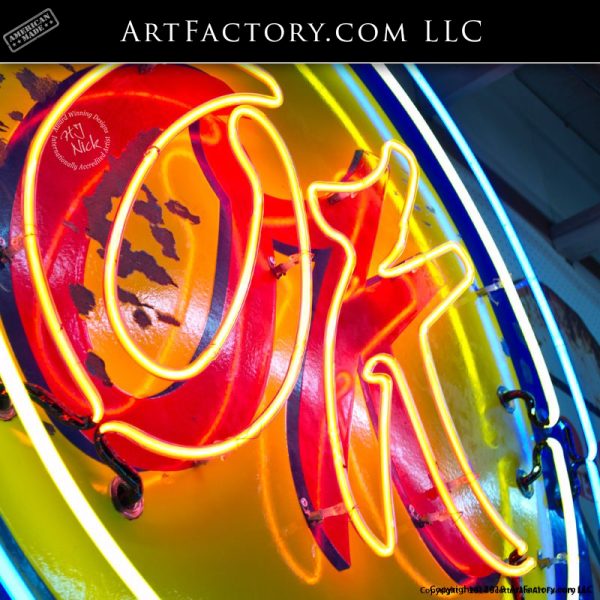 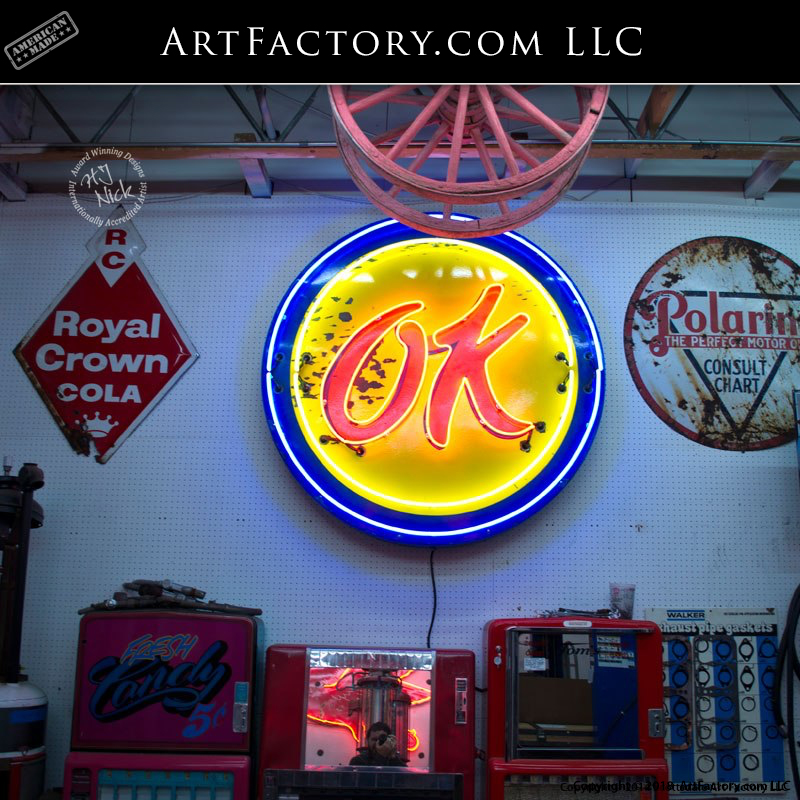 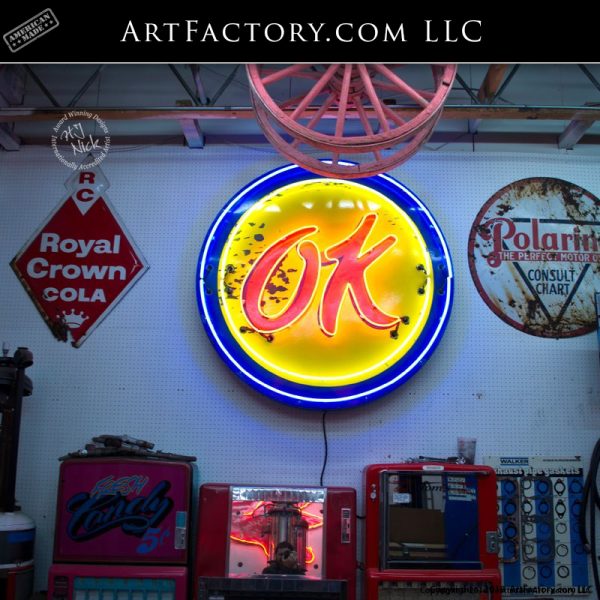 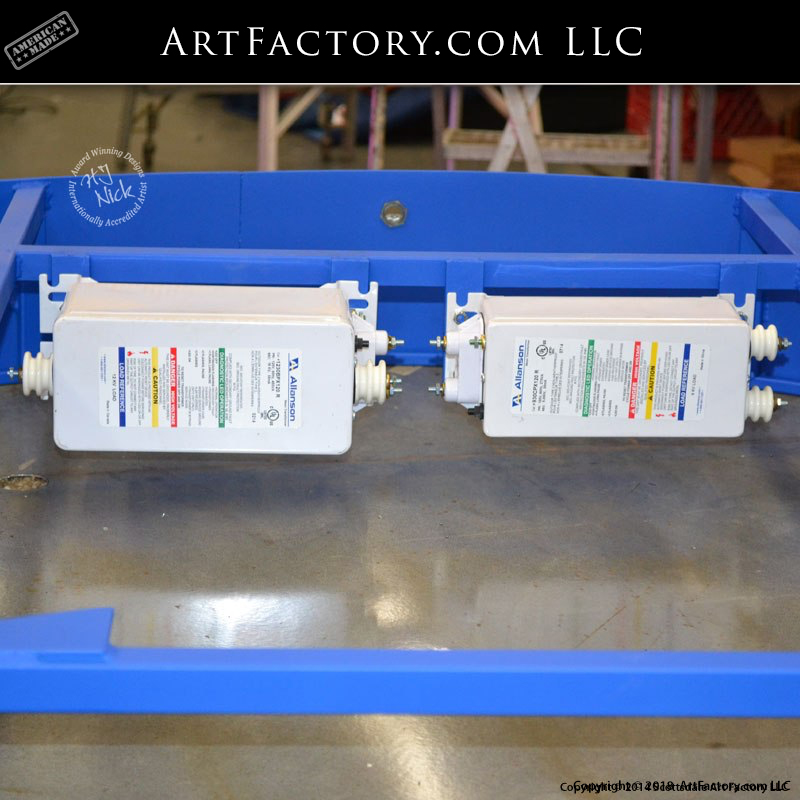 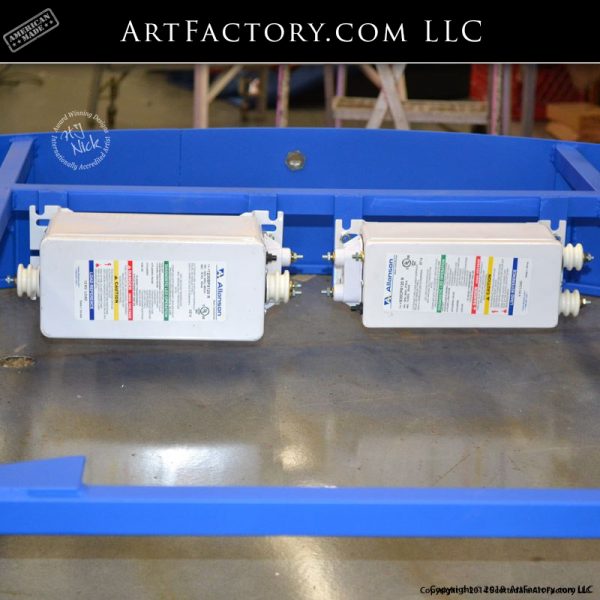 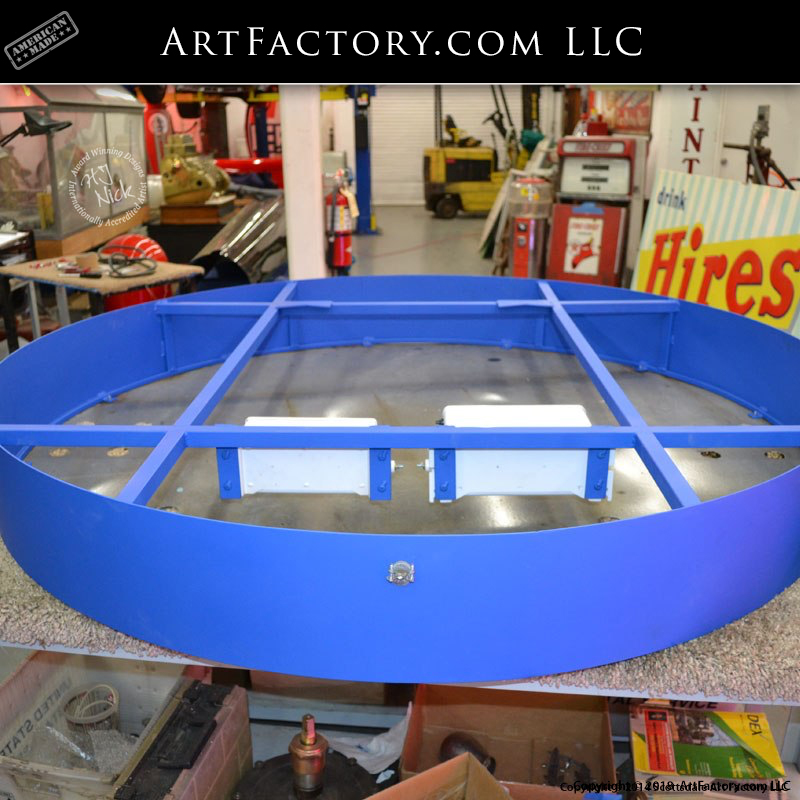 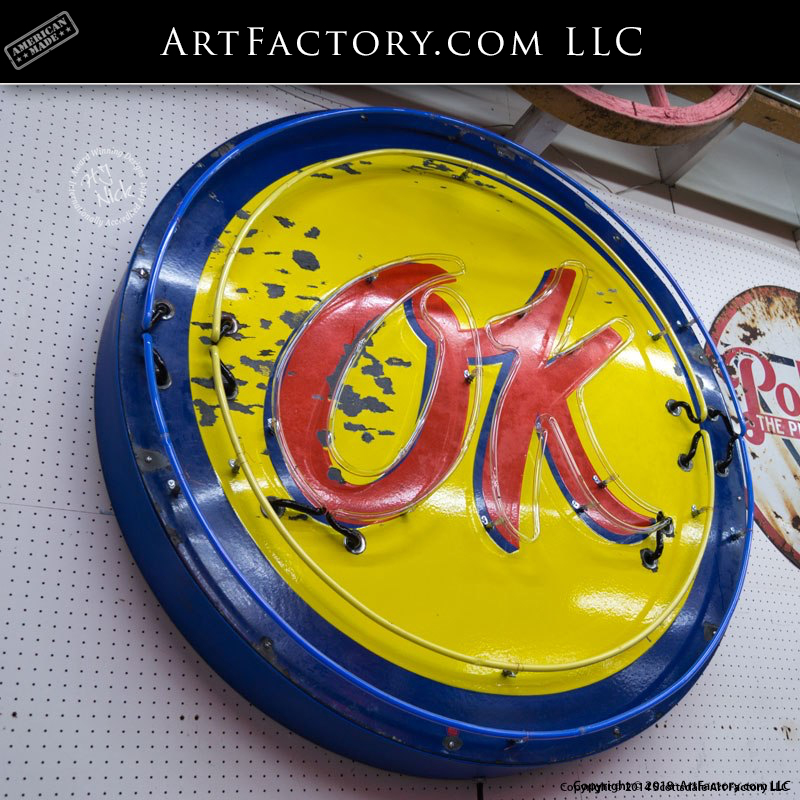 Condition - as is, see photos - not restored with exception of the neon , and not a reproduction
Dimensions - 60" Diameter

More About The Porcelain Condition - Most of these signs have chips in the porcelain and there is no correct way to add new porcelain in a manor that would be consistent with a full museum quality restoration. Also in the investor collector world there are two schools of thought. One is consistent with ours that it is best and correct to display the wounds, bullet holes etc and age marks, chips etc. on porcelain signs. The other is to doctor with paint finishes to cover the true condition of the porcelain to make the sign show in pristine condition. This is like putting lipstick on a pig no matter what you do its still a pig. We feel the porcelain sign has much more value in its true condition than it does doctored. however if you are of the school of thought that your sign should be in pristine condition we offer to do this process at your request.

Due to our earned reputation, we have the good fortune to be in high demand by collectors. We always have a waiting list for most items. We suggest if you are looking for a specific collectable, please ask to be placed on our first-come, first-served list. (Refundable deposit required.) Call us at 1-800-292-0008.

General Motors Company, commonly known as GM, is an American multinational corporation headquartered in Detroit, Michigan. The company was founded on September 16, 1908, in Flint, Michigan, as a holding company for McLaughlin Car Company of Canada Limited and Buick, then controlled by William C. Durant. At the beginning of the 20th century there were fewer than 8,000 automobiles in America and Durant had become a leading manufacturer of horse-drawn vehicles in Flint before making his foray into the automotive industry.

GM's co-founder was Charles Stewart Mott, whose carriage company was merged into Buick prior to GM's creation. Over the years Mott became the largest single stockholder in GM and spent his life with his Mott Foundation which has benefited the city of Flint, his adopted home. GM acquired Oldsmobile later that year. In 1909, Durant brought in Cadillac, Elmore, Oakland and several others. Also in 1909, GM acquired the Reliance Motor Truck Company of Owosso, Michigan, and the Rapid Motor Vehicle Company of Pontiac, Michigan, the predecessors of GMC Truck. Durant lost control of GM in 1910 along with R. S. McLaughlin to a bankers' trust, because of the large amount of debt taken on in its acquisitions coupled with a collapse in new vehicle sales.

The longest-lived continuous automobile nameplate still in production in the world is the Chevrolet Suburban. Durant started the Chevrolet Motor Car Company in 1911 in the USA in Canada in 1915 and through this he secretly purchased a controlling interest in GM. Durant took back control of the company after one of the most dramatic proxy wars in American business history.

Durant then reorganized General Motors Company into General Motors Corporation in 1916 Merging General Motors of Canada Limited as an ally in 1918. Shortly after, he again lost control, this time for good, after the new vehicle market collapsed. Alfred P. Sloan was picked to take charge of the corporation and led it to its post-war global dominance. This unprecedented growth of GM would last into the early 1980s when it employed 349,000 workers and operated 150 assembly plants.

As part of consumer lack of confidence in used cars that were pilling up at most dealerships in the 1950s Chevrolet began a campaign to bolster consumer confidence in purchasing used cars. The Ok signs were a big part of this strategy. Dealerships were selling cars but and a lack of cash flow due to trade-ins this sign represents an American success story for General Motors 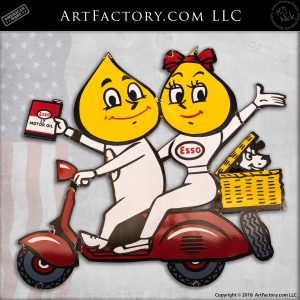 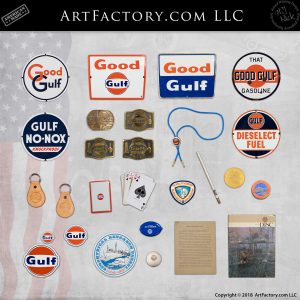 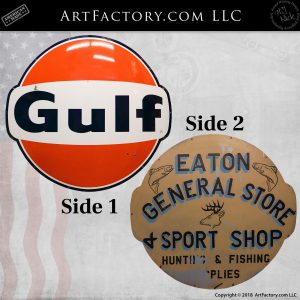