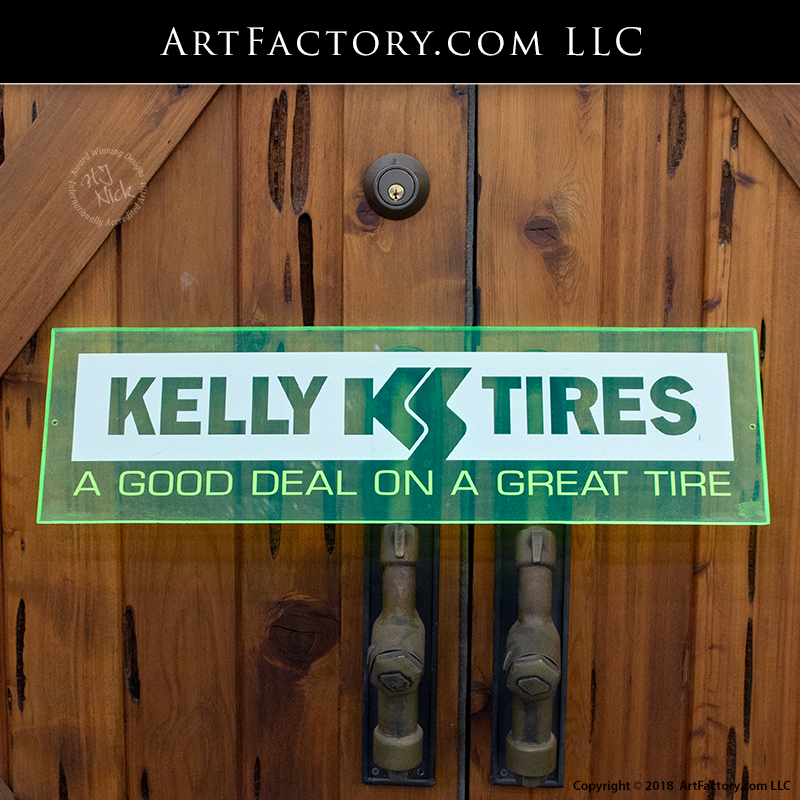 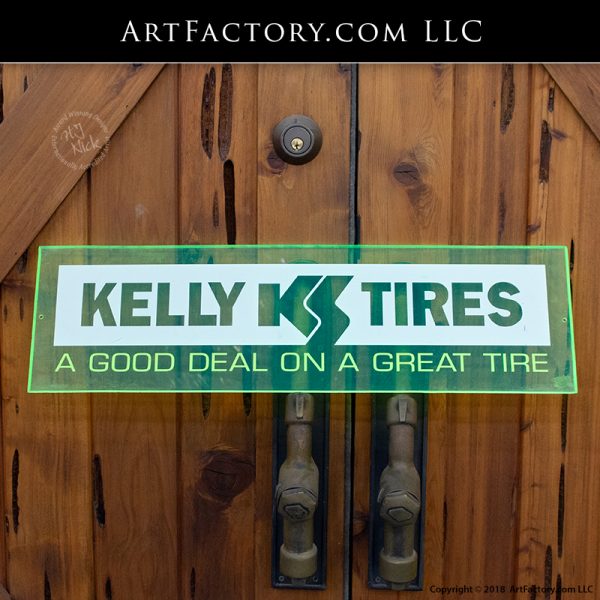 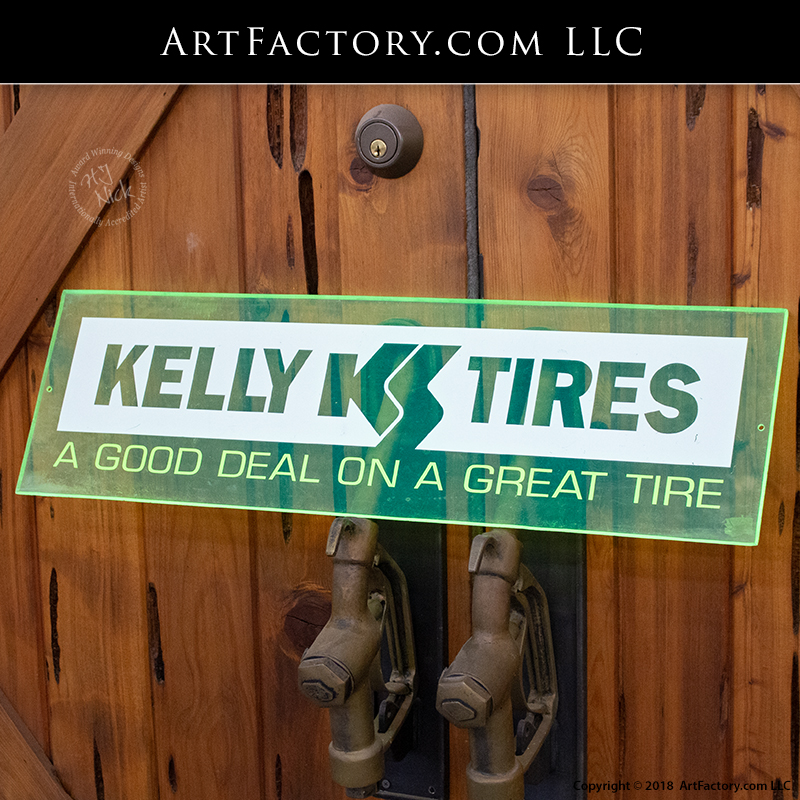 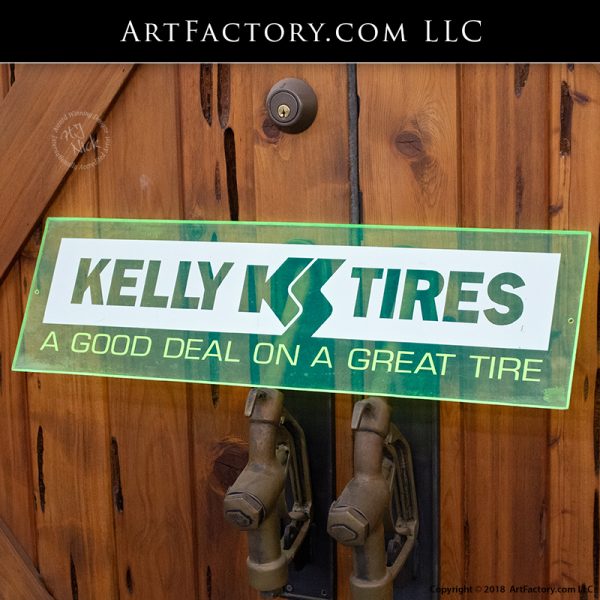 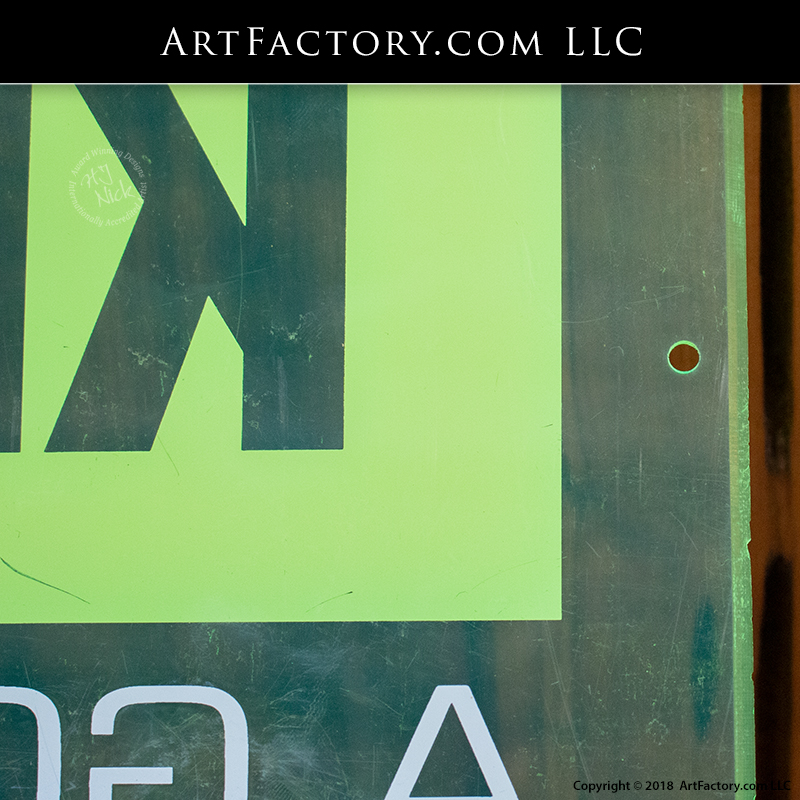 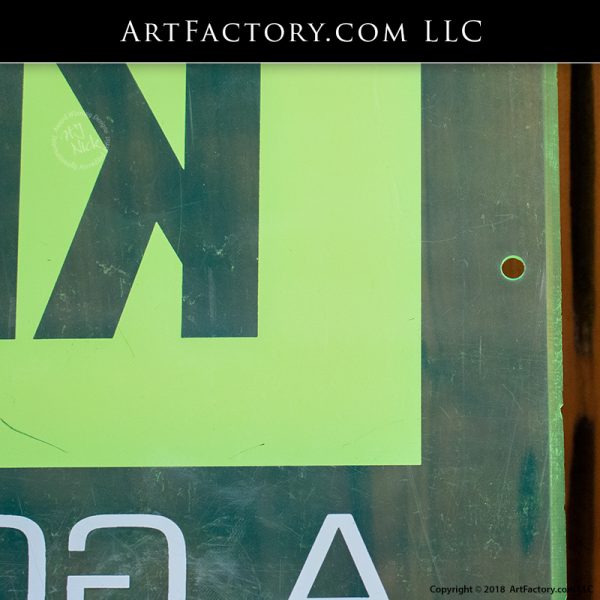 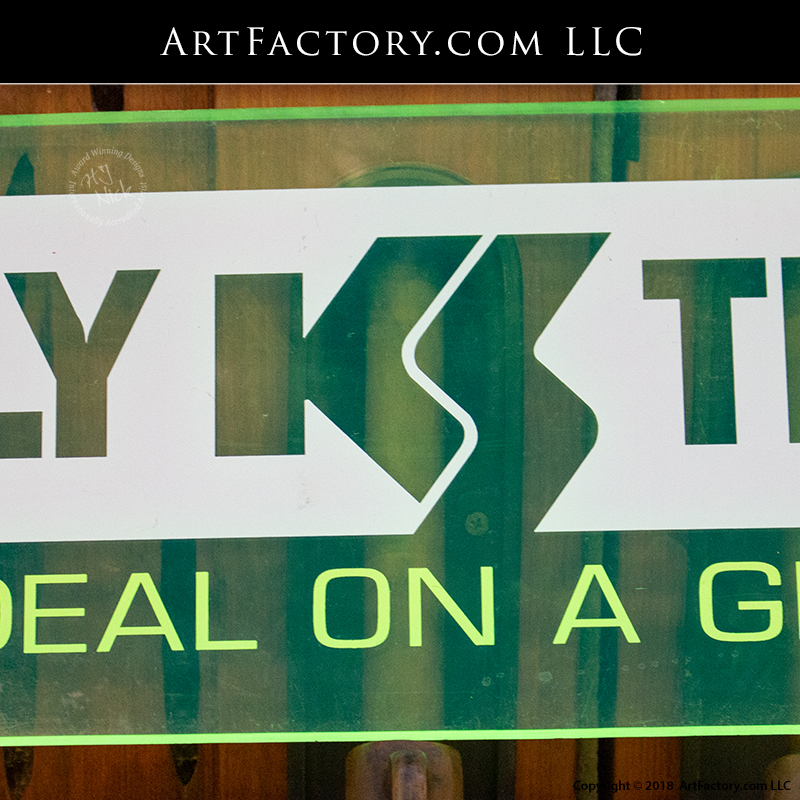 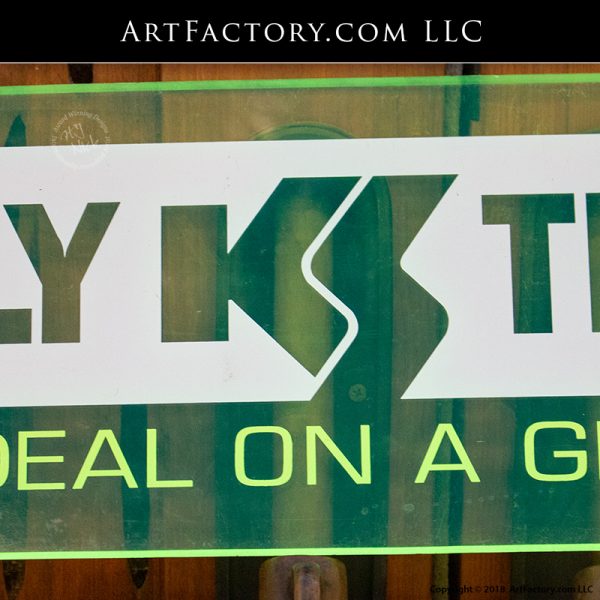 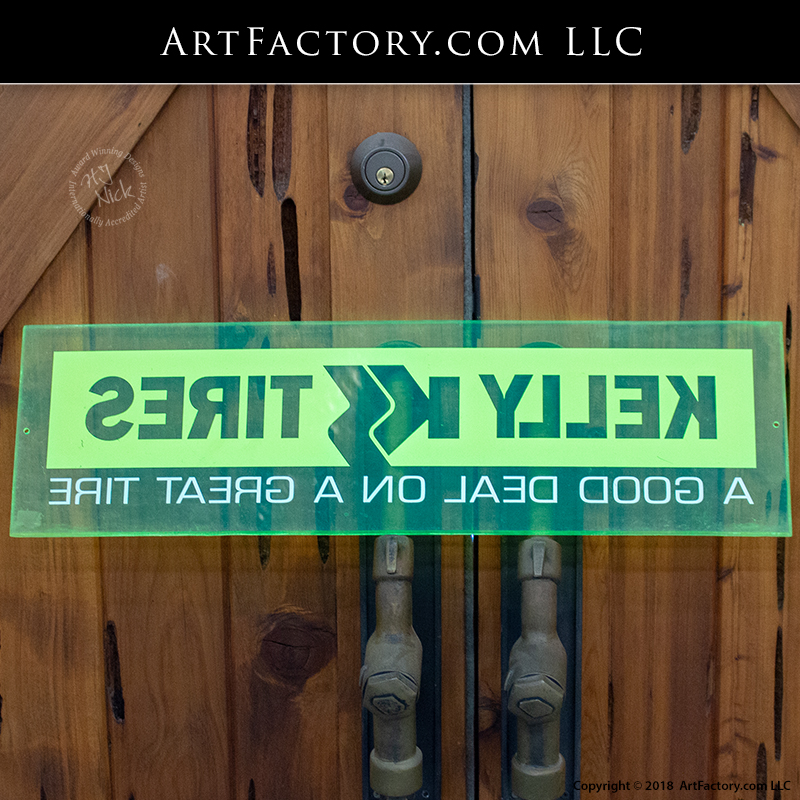 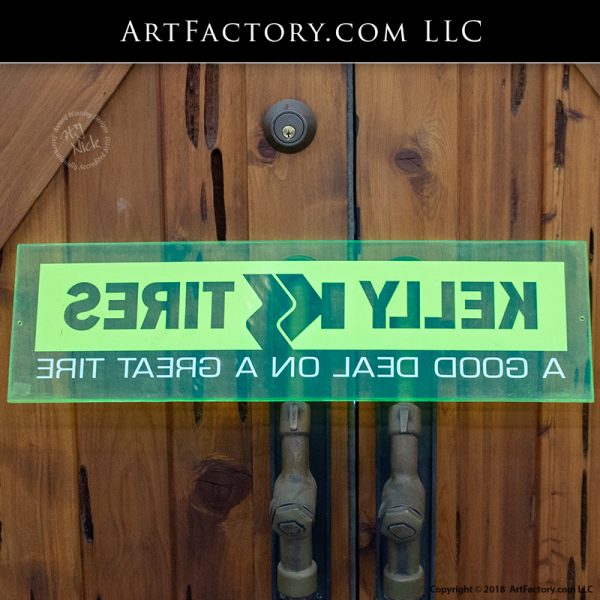 Genuine Americana For Sale - This is a classic plexiglass sign for Kelly Springfield Tires. Dimensions: 26 1/2" x 8" - Condition: as shown

The Kelly-Springfield Tire Company was founded in Springfield, Ohio by Edwin Kelly and Arthur Grant in 1894. Edwin Kelly originally called the company The Rubber Tire Wheel Company because it made rubber carriage wheels. Arthur Grant was issued US 554675 for his solid rubber tire in a rim channel. The tire was held on the wheel by two longitudinal wires embedded in the rubber and forming a circle of smaller circumference than the tire. The tire was an instant success because the rubber stayed on the wheel and the compound was of good quality.

The company was sold to the McMillin group in 1899 for $1,200,000. Arthur Grant received $166,000 in stock and $33,000 in cash for his share of the company. The McMillion group renamed the new company Consolidated Rubber Tire Company and it continued under that name until 1914. The name Kelly-Springfield Tire Company was given to the New York sales subsidiary in 1911. Consolidated's name was changed in 1914. "The" was added to the front of the name in 1932 and it became The Kelly-Springfield Tire Company.

In 1994 The Kelly-Springfield Tire Company celebrated 100 years. At that time it was the oldest tire company in the United States. In the 1990s, Kelly-Springfield was absorbed by parent company Goodyear and moved its corporate headquarters to Akron, Ohio.