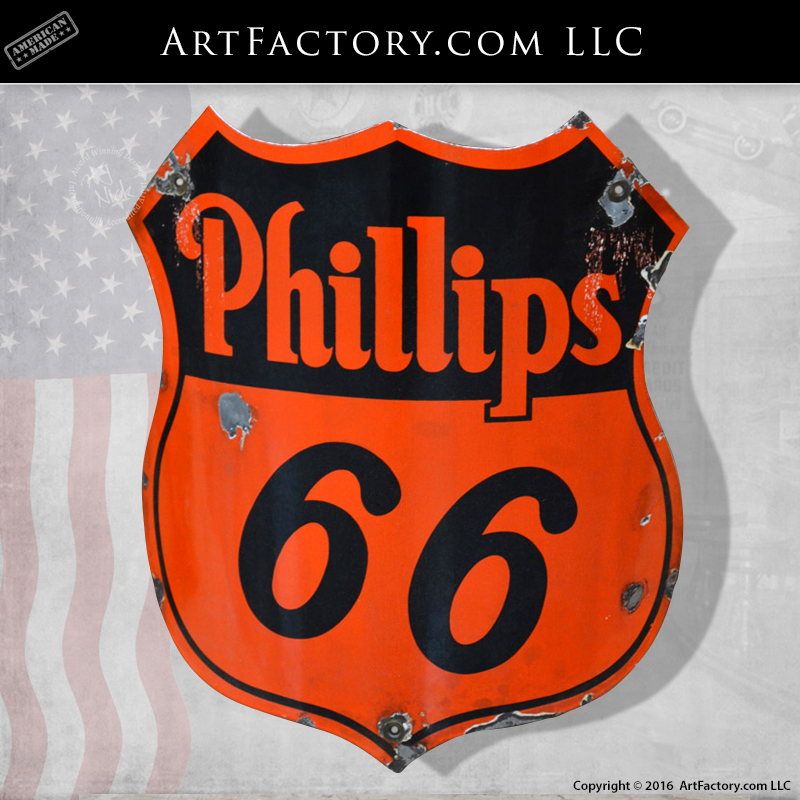 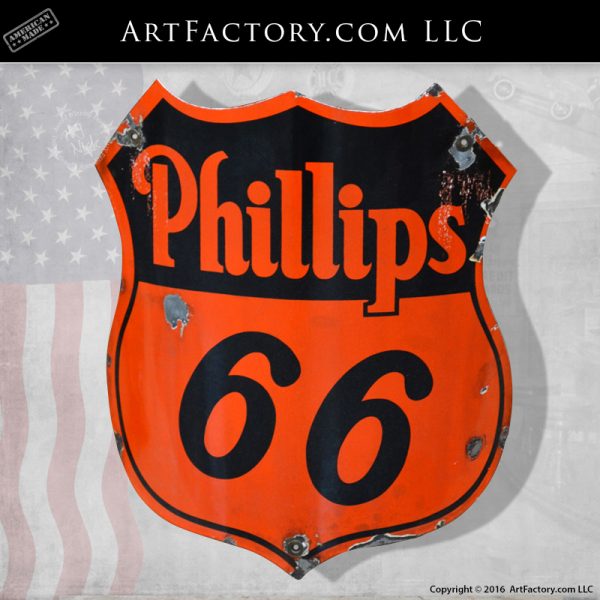 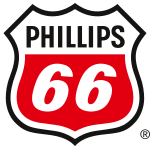 The Phillips 66 Company is an American multinational energy company headquartered in Westchase, Houston, Texas. It debuted as an independent energy company when ConocoPhillips executed a spin-off of its downstream and midstream assets. Taking its name from the 1927 "Phillips 66" trademark of ConocoPhillips predecessor Phillips Petroleum Company, Phillips 66 began trading on the New York Stock Exchange on May 1, 2012, under the ticker PSX. The company is engaged in producing natural gas liquids (NGL) and petrochemicals. The company has approximately 14,000 employees worldwide and is active in more than 65 countries. Phillips 66 is ranked No. 30 on the Fortune 500 list and No. 74 on the Fortune Global 500 list as of 2016.

The Phillips 66 shield logo, created for its link to the famous U.S. Route 66, was introduced in 1930 in a black and orange color scheme that would last nearly 30 years. In 1959, Phillips introduced a revised version of the shield in red, white and black, a color scheme still used by Phillips 66 Co. for the brand.

From the late 1930s until the 1960s, Phillips employed registered nurses as "highway hostesses," who made periodic and random visits to Phillips 66 stations within their regions. The women inspected station restroom facilities to ensure they were well cleaned and stocked. The highway hostesses also served as ambassadors for the company by directing motorists to suitable dining and lodging facilities. Union 76 employed similar hostesses, called the "Sparkle Corps."