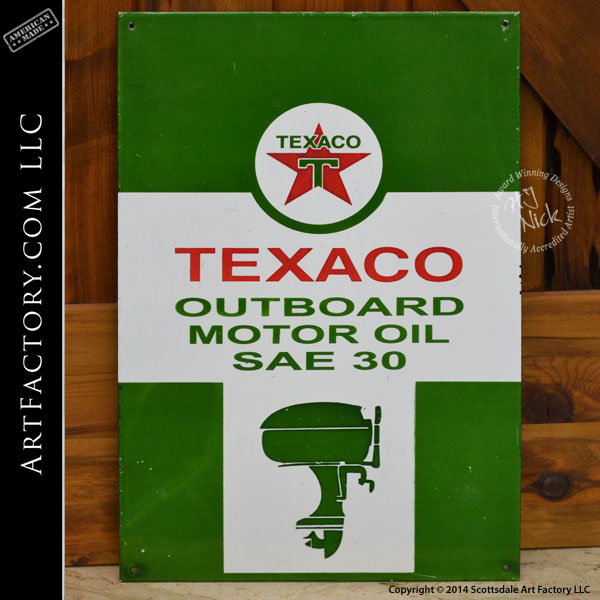 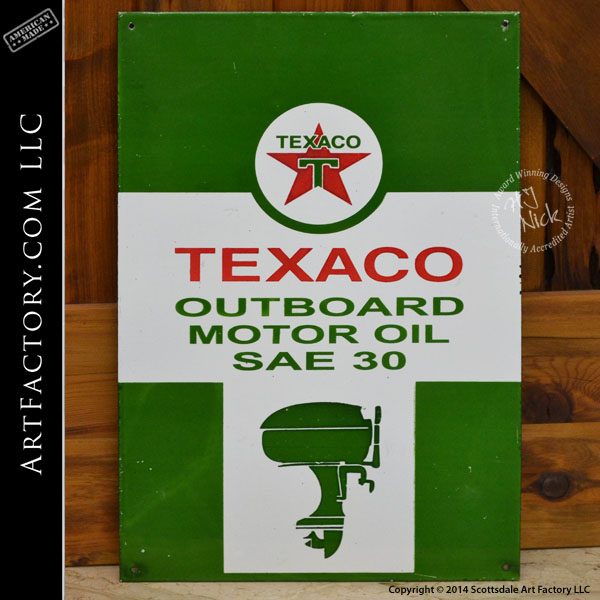 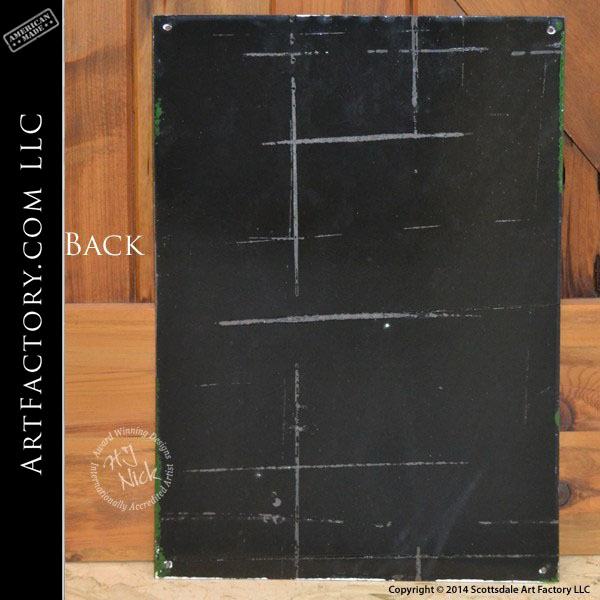 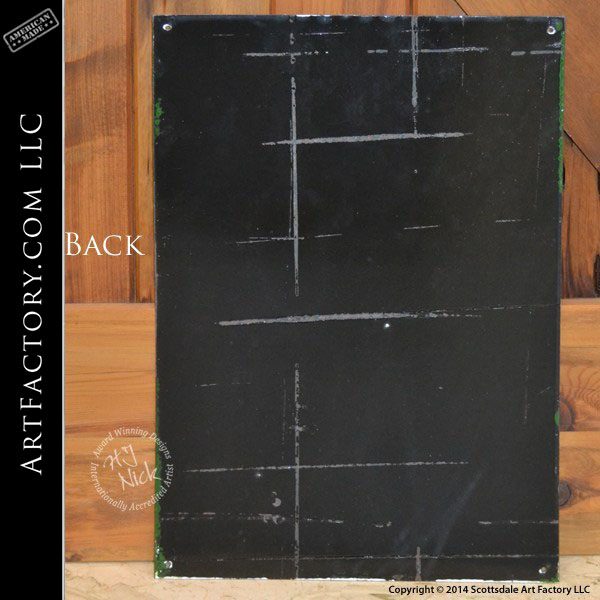 This Texaco Filling Station Sign Is Original Vintage Gas Station Advertising, And Is Perfect For Display In Any Man Cave, Game Room, Or Automotive Business

This original Texaco Outboard Motor Oil sign is an original advertisement from the 1950's for Texaco Outboard Motor Oil SAE 30. The genuine motor oil sign is a single sided white porcelain sign with green banding on top with the Texaco star logo, and an outboard motor in green along the bottom with "Texaco" in red along the center of this antique porcelain sign. Rare vintage Americana sign for Texaco Outboard motor oil manufactured by Texaco, the Texas Company, established in 1901 and acquired by Chevron in 2001. This sign is perfect for display in your man cave or your boat shop or marina. It is genuine, original investment quality collectible advertising.

This Texaco Outboard Motor Oil sign features a white porcelain rectangular sign with green top banding with the Texaco star logo along the top. The red star logo on a white circular background features a white outline green "T" in the center with the wording "Texaco" in green along the top point. The white center band declares the wording "Texaco" in red over "Outboard Motor Oil SAE 30" in green. The bottom green band of the porcelain sign features a green outboard motor graphic on a white background in the middle of the banding. This genuine authentic porcelain sign for Texaco has not been restored, and is sold in original, as-is condition from ArtFactory.com. Contact us to order antique signs, old gas pumps, and vintage Americana at 1-800-292-0008.

The Texaco Company, or Texaco, was founded in 1901 as a petroleum company and by 1928 it was the first U.S. oil company to sell gasoline nationwide under one single brand name. Their flagship fuel product was "Texaco with Techron." In 1931 with the purchase of Indian Oil Company, Texaco gained rights to their popular Havoline motor oil. Since 2001 Texaco merged their refining operations with Chevron Corporation and divested most of its gas station franchises to the Shell Oil Company.