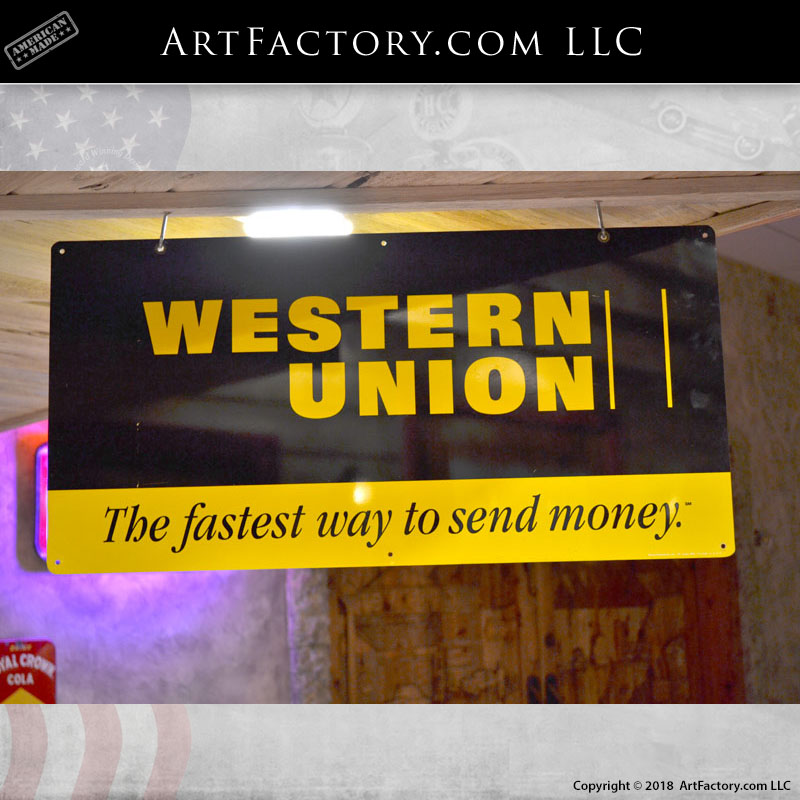 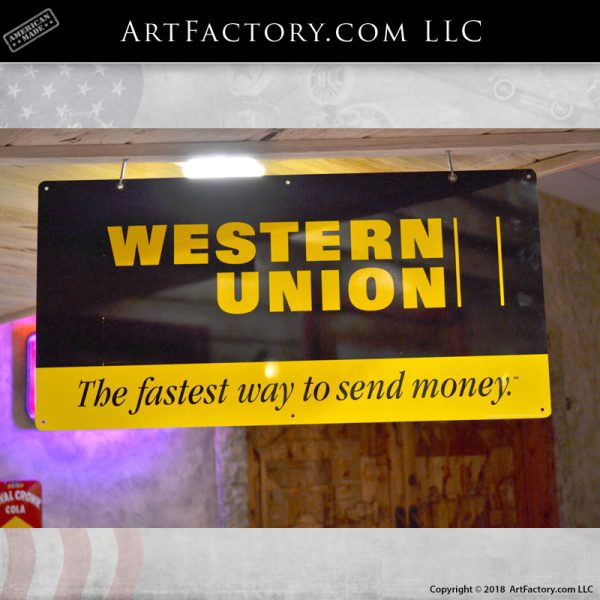 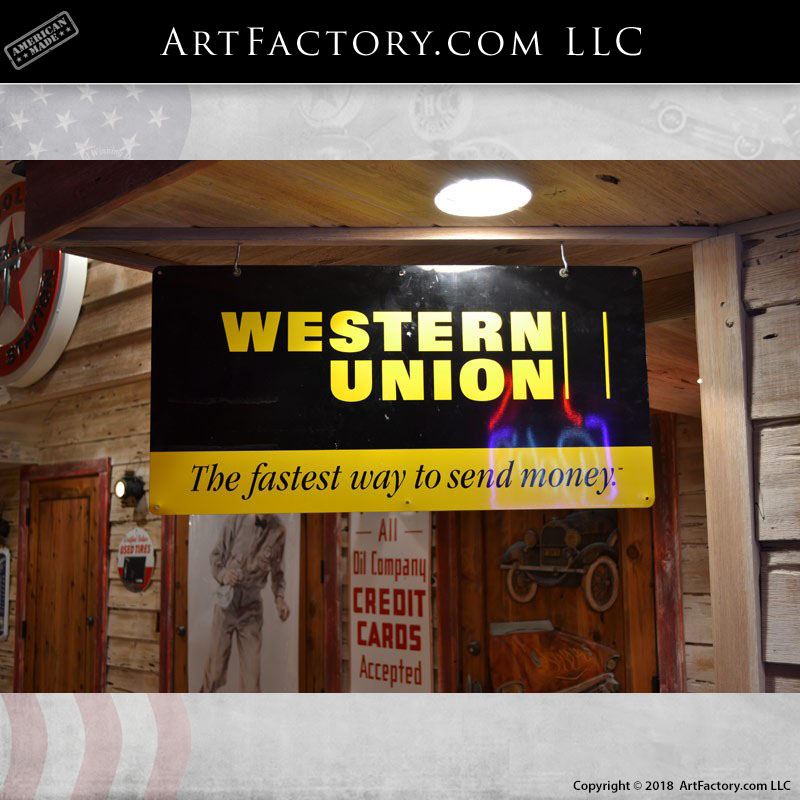 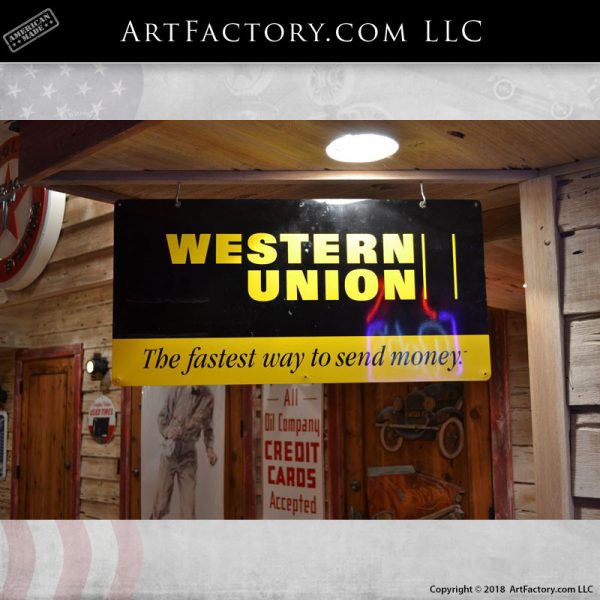 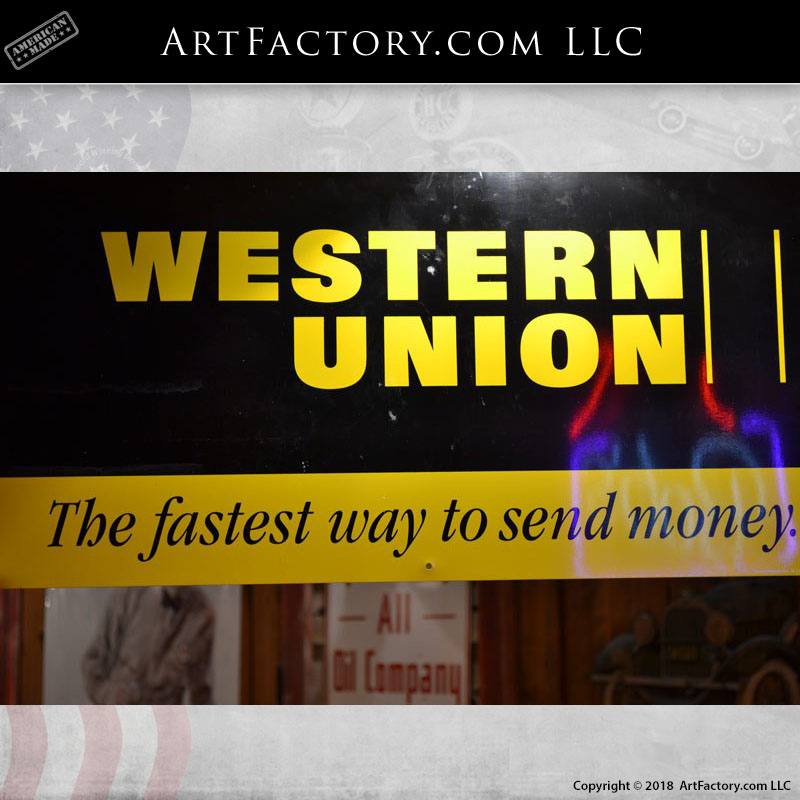 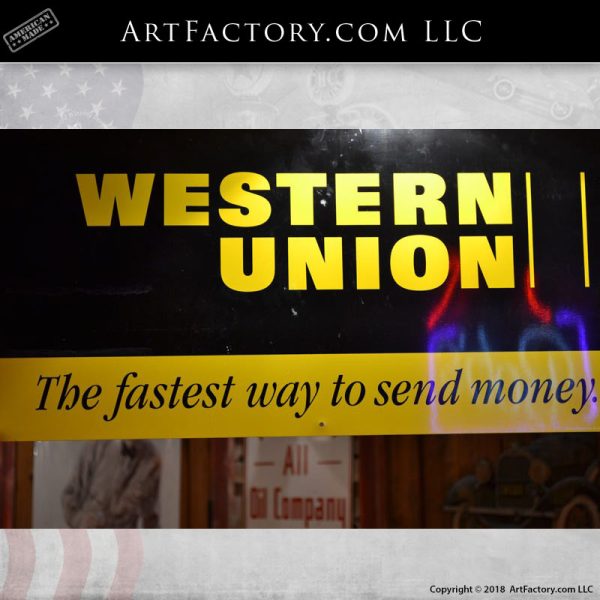 At ArtFactory.com We Have One Of The Largest Selections Of Original Collectible Grocery Store And Drug Store Available Anywhere

We Are A One Stop Shop For Outfitting Your Man Cave, Game Room, Or Themed Restaurant

This vintage Western Union tin sign is an original 1980's era sign featuring their slogan from the era "The Fastest Way To Send Money". This slogan was part of a rebranding campaign in the 1980's as Western Union moved away from telecommunications and focused their business model to specialize in money transfers, specifically international transfers that were now legal due to deregulation. It is a double sided tin sign that hangs by two chains and would have originally hung over the customer service area at supermarket or drug store. The top two-thirds of the sign has a black background with 'WESTERN UNION" in yellow lettering. The bottom third of the sign has a yellow background with "THE FASTEST WAY TO SEND MONEY" in black lettering.

Like all of our vintage signs, this vintage Western Union tin sign is in original unrestored condition. We have one of the largest selections of original Americana and investment quality collectible memorabilia available anywhere.  In addition to signs, we have vintage visible gas pumps and vending machines that we have fully restored to working, museum quality condition. Don't be duped by fakes, or settle for low quality reproductions that will never have any long term appreciable value. At ArtFactory.com, we only deal in investment quality collectibles, guaranteed to be authentic, and backed by over a century in experience. We are a one stop shop when it comes to outfitting your man cave or game room. Call us today at 1-800-292-0008 to ask for pricing on this vintage Western Union tin sign, or any of our other grocery store and drug store signs.