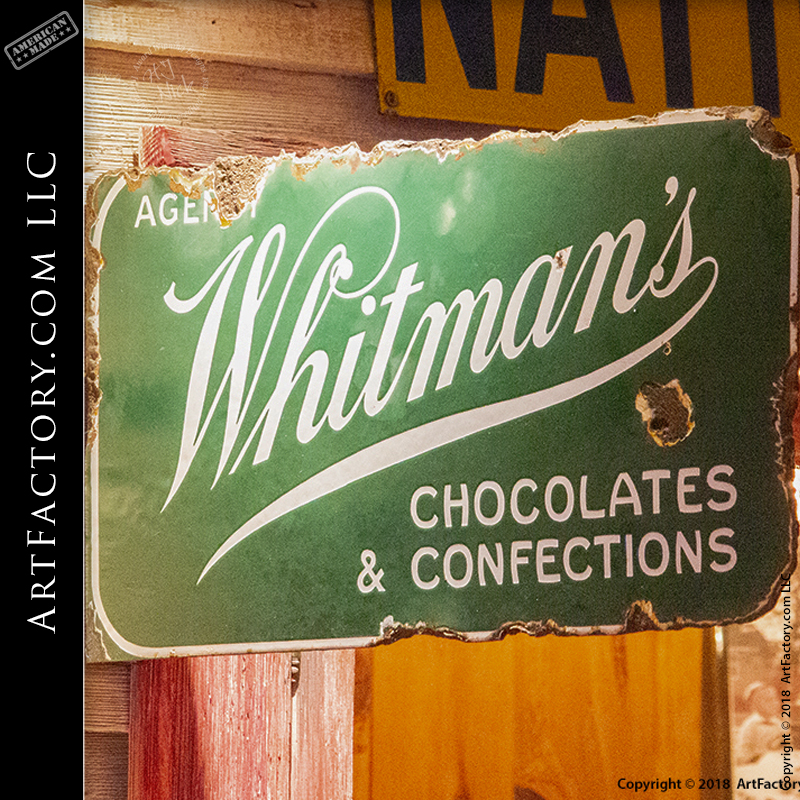 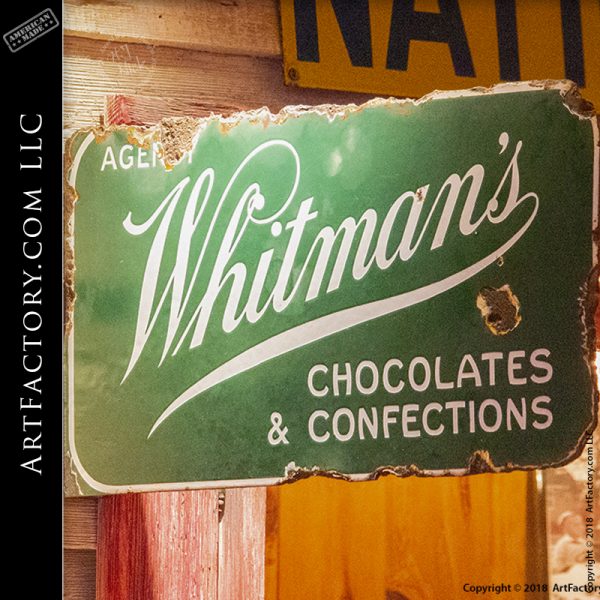 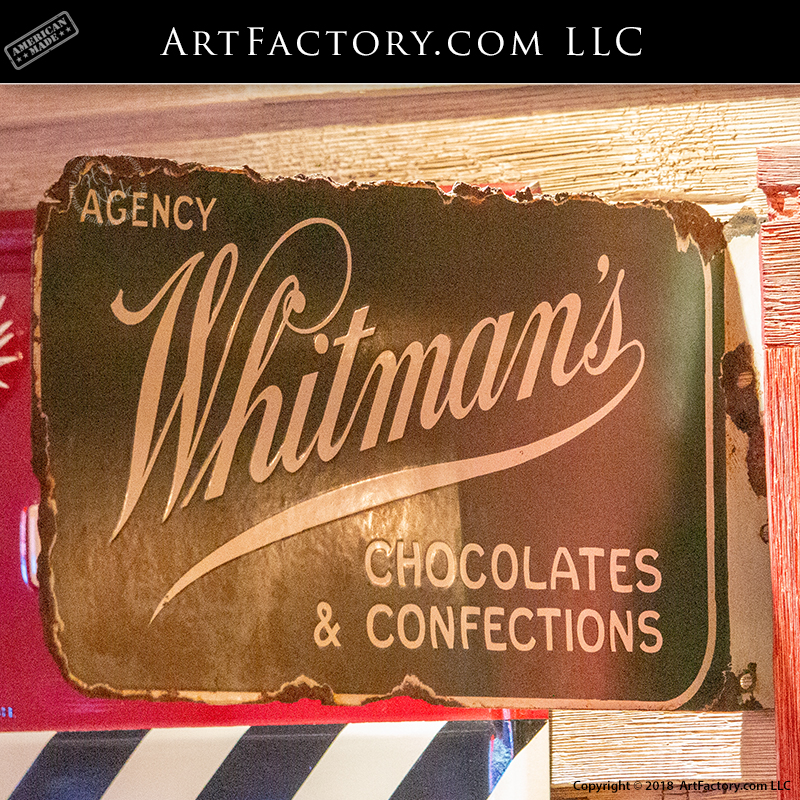 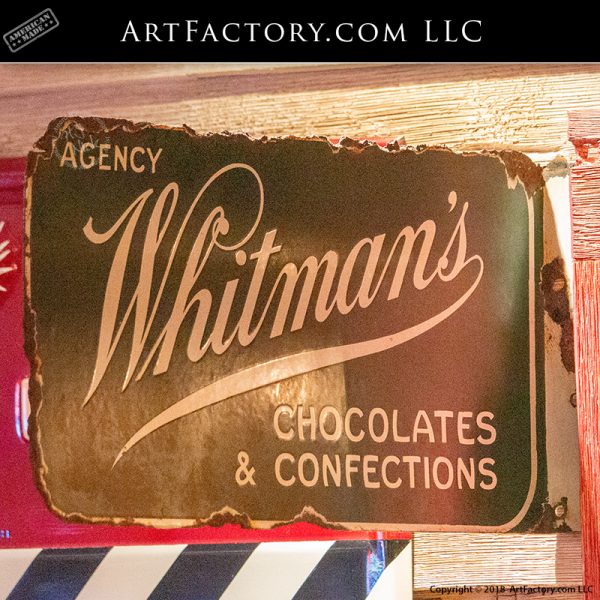 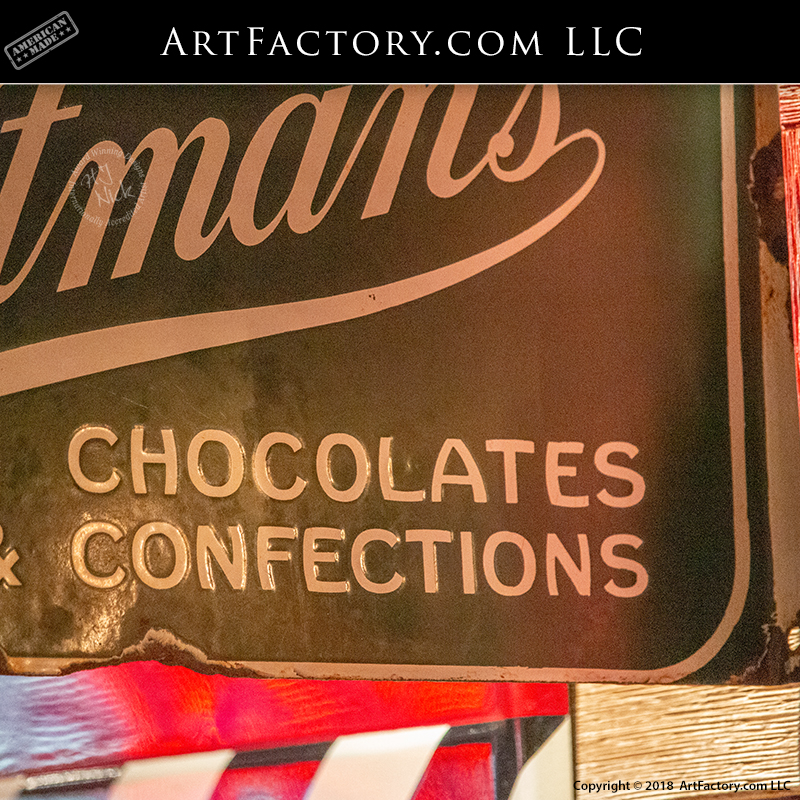 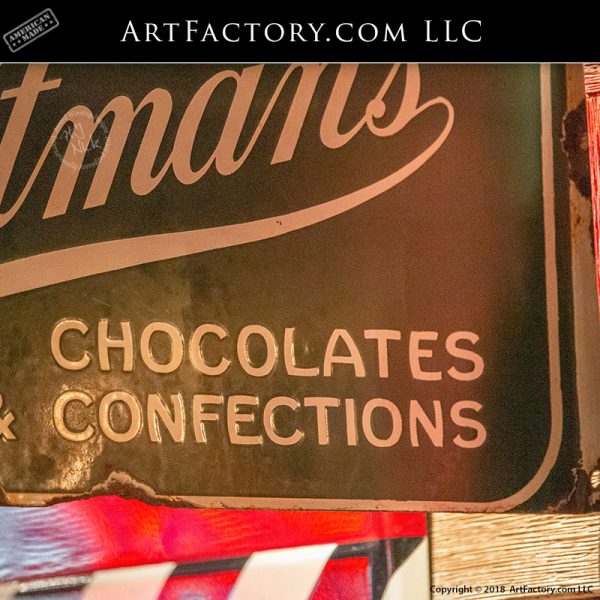 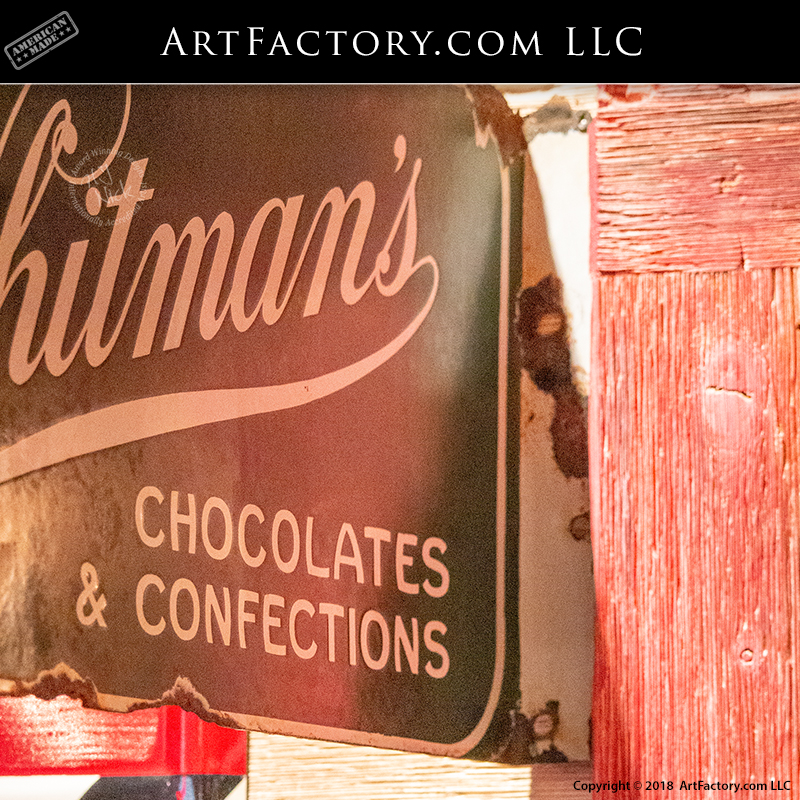 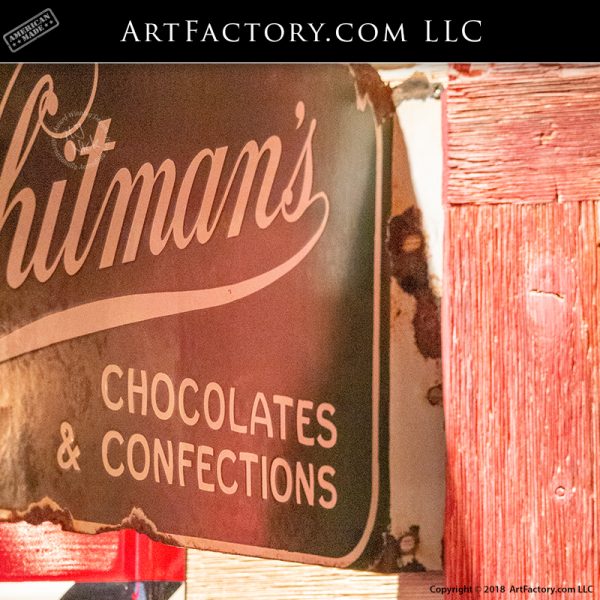 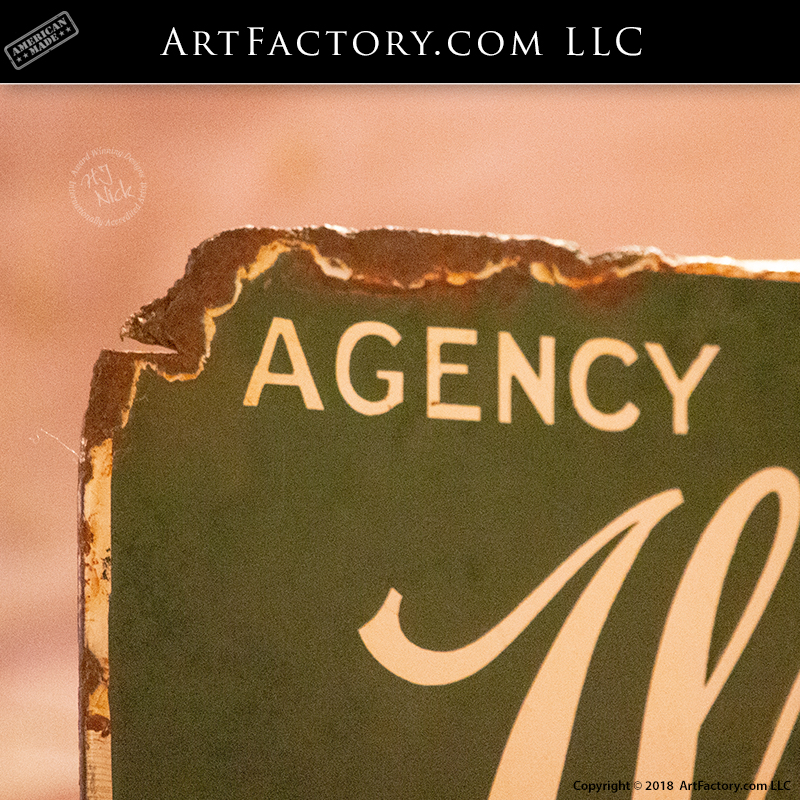 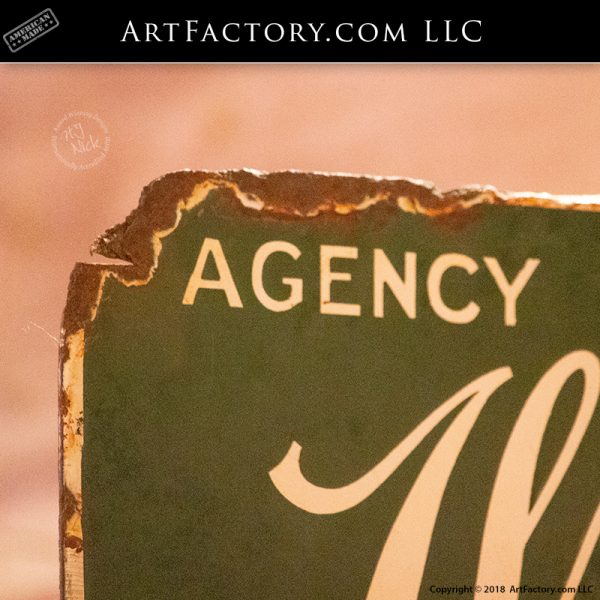 This vintage Whitmans Agency flange sign is an original early twentieth century advertisement used indoors at authorized Whitman's agency locations. At ArtFactory.com we have on of the largest selections of original, vintage collectible signs available anywhere, guaranteed authentic, and backed by over a century of experience. The double sided sign measures 20 inches long by 14 inches tall, with a 2 inch flange for convenient display. It has a green back ground with a white outline. All of the text on the sign is white. It reads "WHITMAN'S" in large script style text diagonally across the sign from lower left to upper right. The word "AGENCY" is in small print style letters in the upper left corner. The words "CHOCOLATES & CONFECTIONS" are in medium letters in the lower right corner.

The vintage Whitman's Agency flange sign is in original unrestored condition with major wear around the edges, especially around the top edge (as pictured). It is our belief that these signs maintain their original character, and are more valuable in unrestored condition with all original damage. We don't deal in reproductions because these items will never have long term value. We sell only genuine, investment quality collectible items that will have future appreciable value.

We are a one-stop shop for the Americana collector, as we also have restored vintage vending machines, vintage visible gas pumps, and more, all restored to working, museum quality condition. Our restorations are the finest available anywhere because nobody has been doing it longer, or pays more attention to detail. Call us today at 1-800-292-0008 to ask for pricing on this vintage authentic vintage Whitman's Agency sign, or outfit your entire man cave or game room today. We also make custom doors and furniture to match your man cave décor in absolutely any them that you choose.

Whitman's is one of the largest and oldest brands of boxed chocolates in the United States. Whitman's confections have been produced since 1842, originally by Stephen Whitman in Philadelphia and currently by Kansas City, Missouri-based Russell Stover Candies. The Whitman's Sampler, an assortment of boxed chocolates, is still popular after more than a century.

Whitman's confections have been produced for over 175 years. Originally a "confectionery and fruiterer shoppe" set up in 1842 by 19-year-old, Stephen F. Whitman on the Philadelphia waterfront, Whitman's first became popular with travelling sailors and their wives. They would often bring imported fruits, nuts, and cocoa which were obtained during their voyages to Mr. Whitman so that he could make the popular European confections people craved in that era. Before long, Whitman's chocolates were popular throughout the northeastern United States.

Read More At: Whitmans On Wikipedia