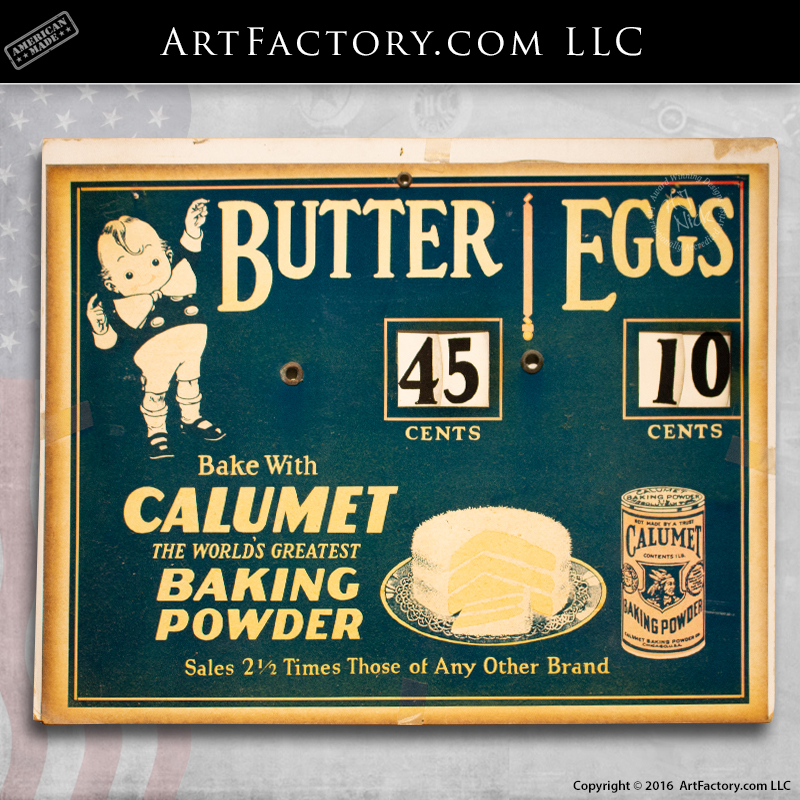 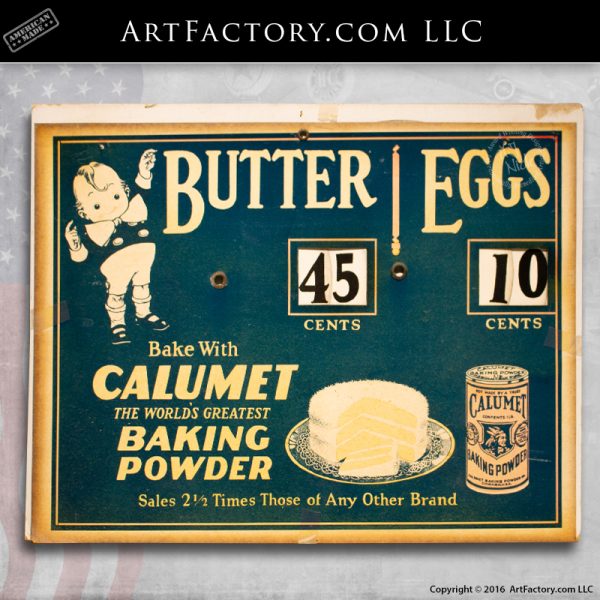 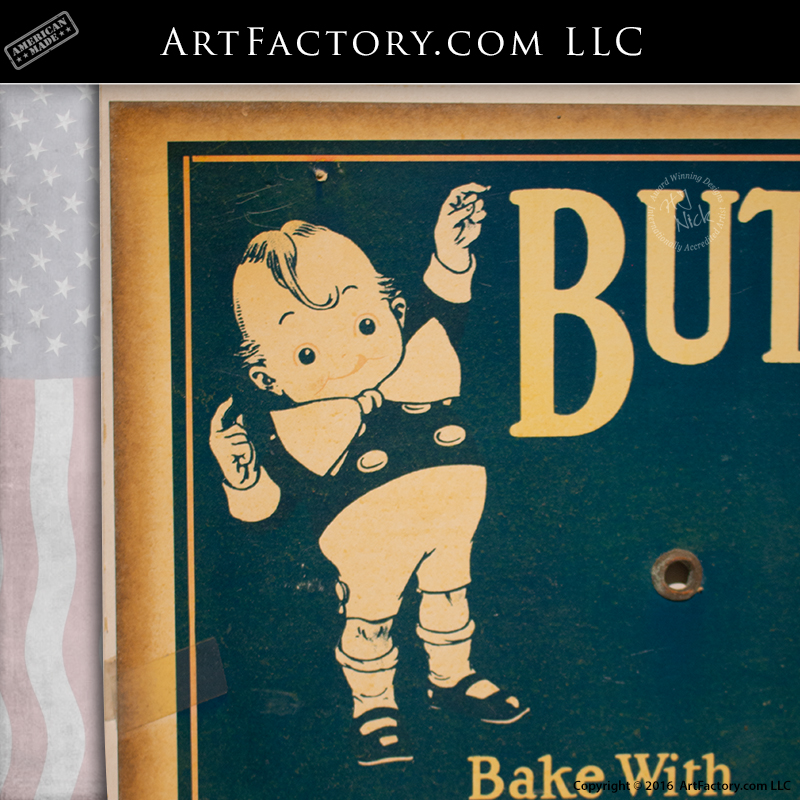 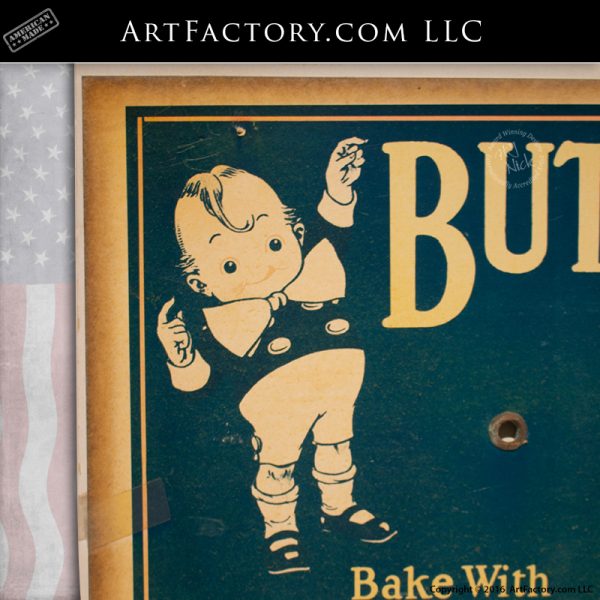 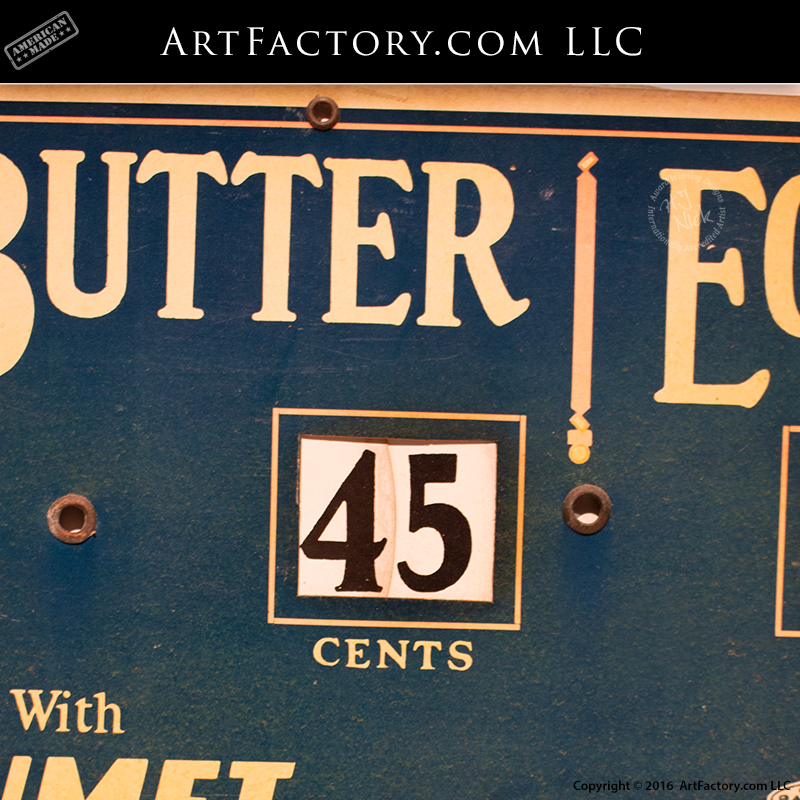 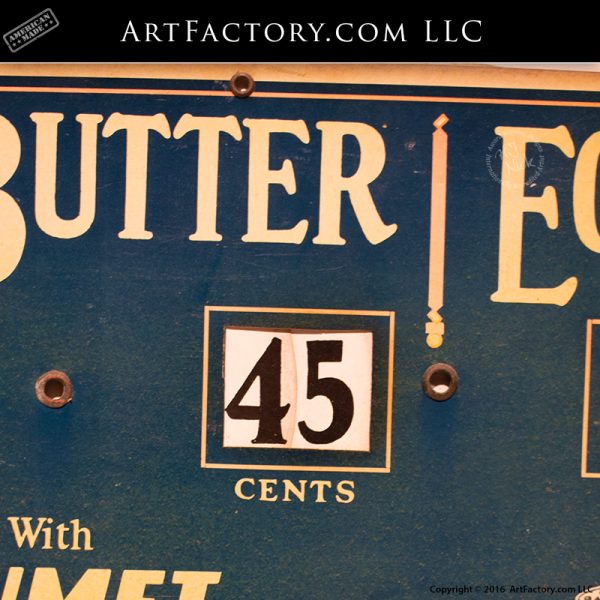 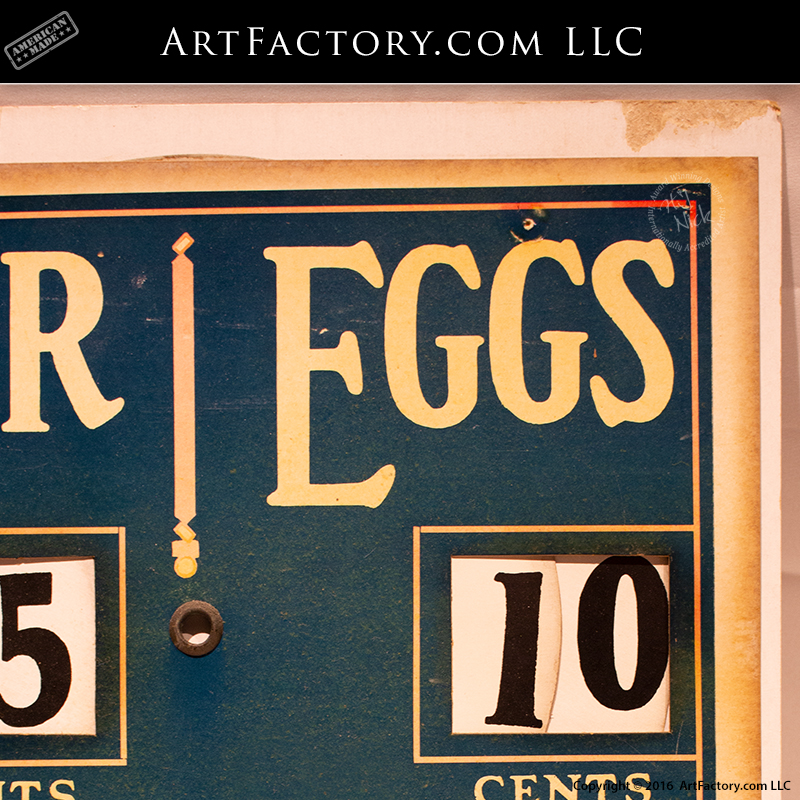 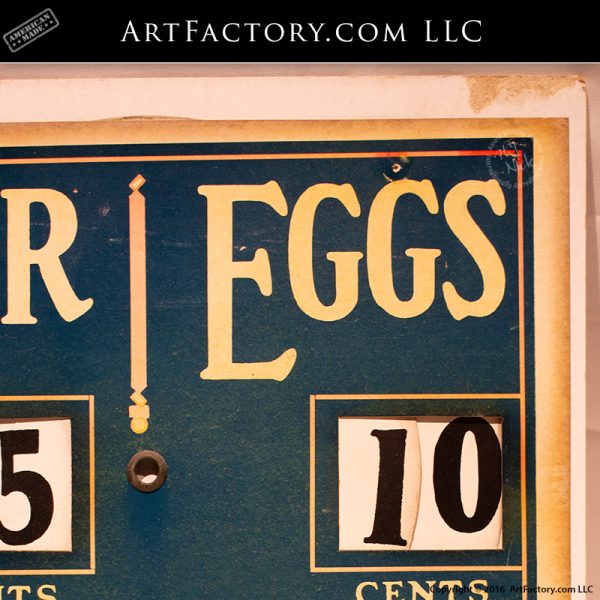 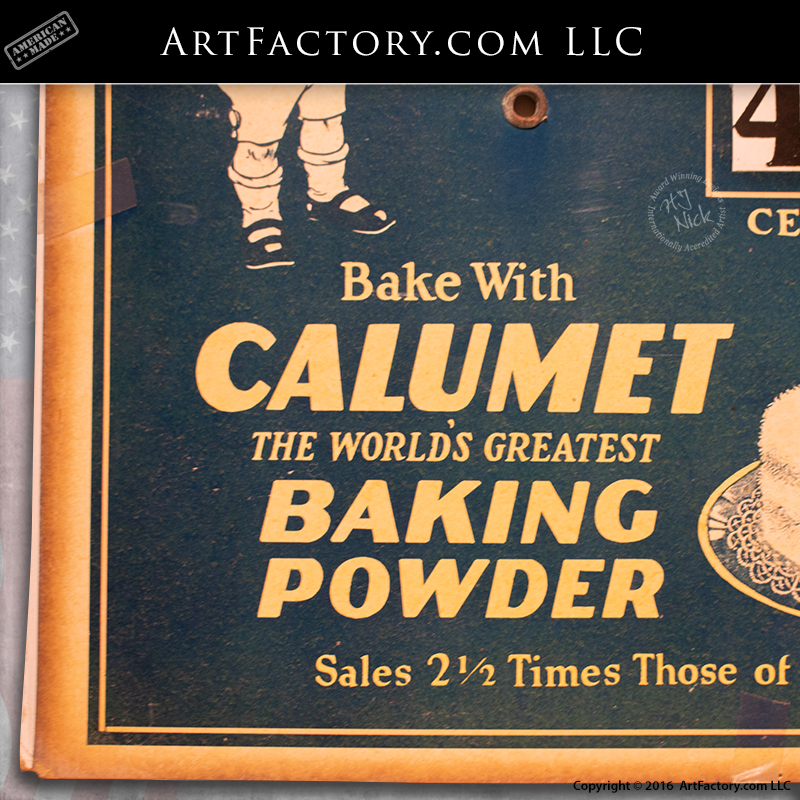 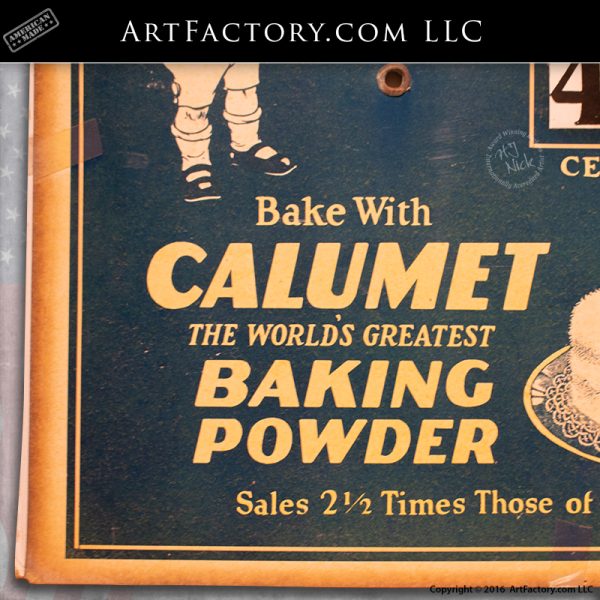 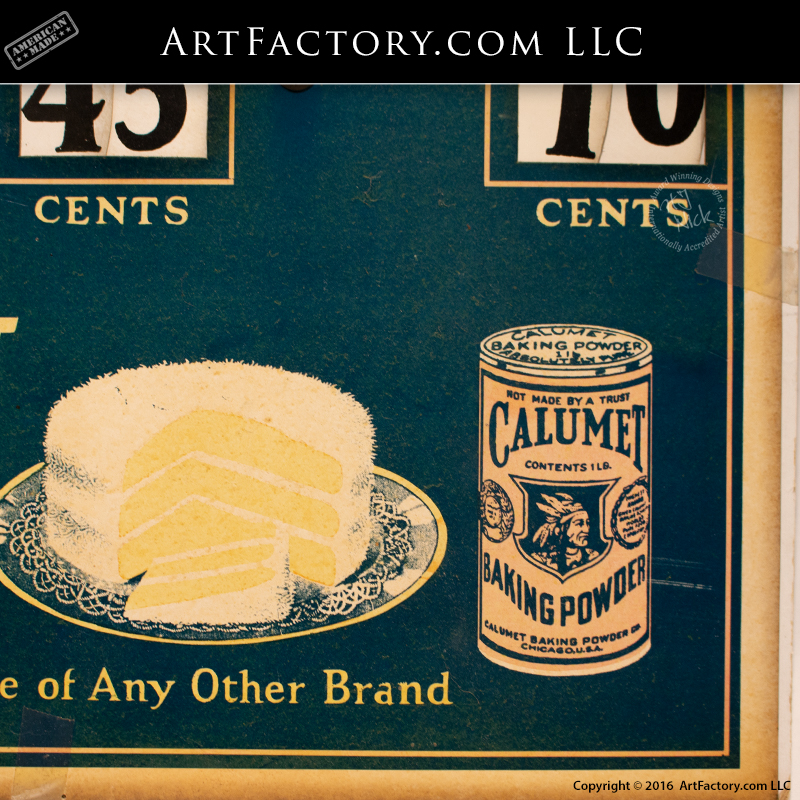 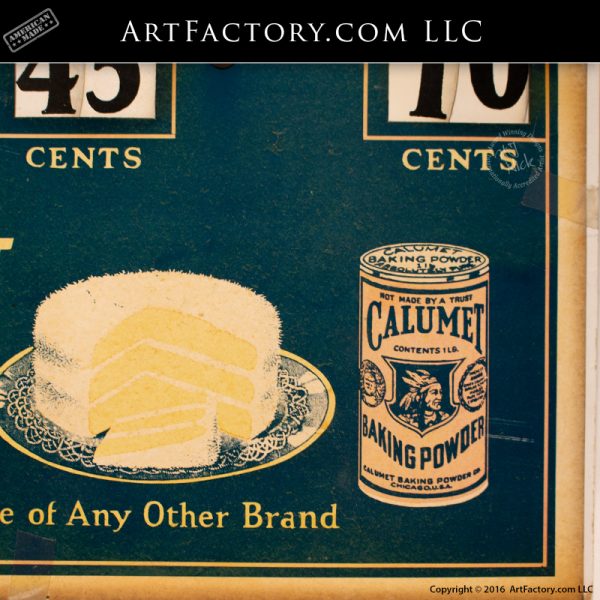 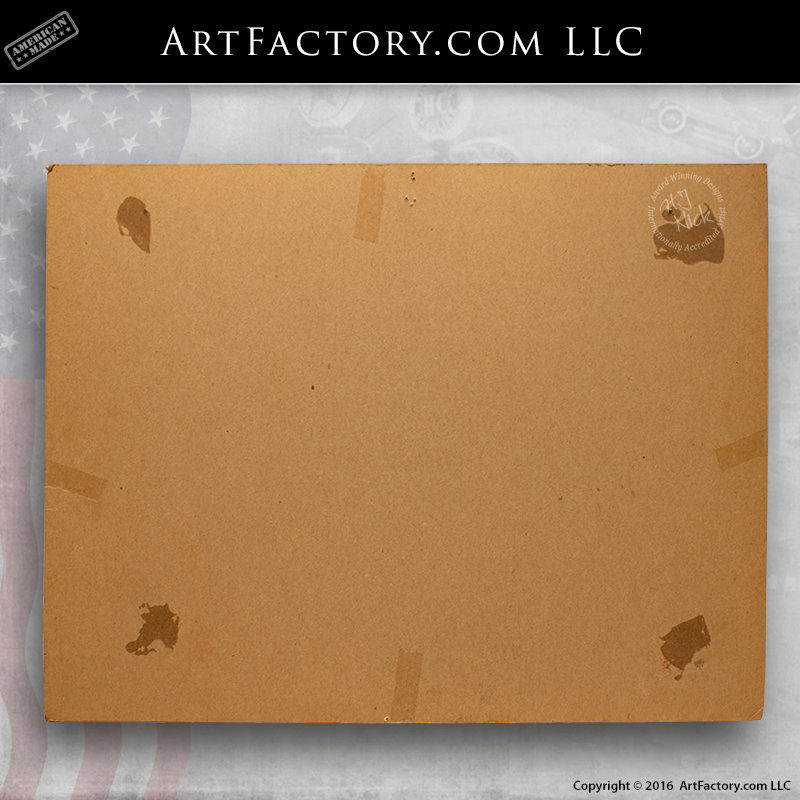 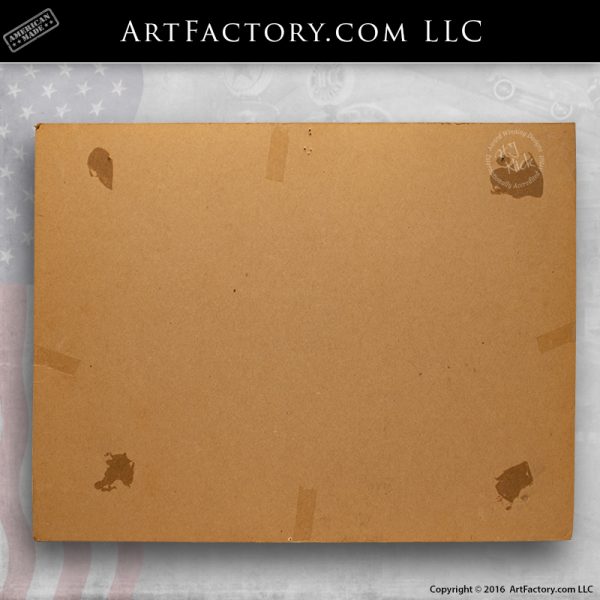 This is an Original item. It is a Calumet Baking Powder Butter and Eggs sign. It was used by stores to display the price of their wares (and advertise for Calument at the same time). You've probably seen the metal reproductions, but this is COMPLETELY AUTHENTIC . It is made of cardboard or thick paper, and has the price adjustment wheels mounted on the back.

From Wikipedia, the free encyclopedia

In 1929, William Wright sold out to General Foods and Calumet Baking Powder became one of its many name brands. Wright, a fan of horse racing, would use his wealth to build what would become a world-renowned breeding and training operation in Lexington, Kentucky, which he named Calumet Farm. It was later run by his son, Warren Wright. General Foods merged with Kraft Foods in 1990.